Taken from TPU … A video posted by Notebook Italia may have spilled the beans on a whole new tier for AMD’s mobile APUs. The video, which has since been taken down, showed Lenovo’s upcoming Yoga Slim 14, which was listed in its specs list with an AMD Ryzen 9 4900U. Of course, the need for such an SKU is debatable: it’s relatively unlikely AMD would bring more than 8 cores and 16 logical threads to the mobile landscape and its higher concern with autonomy rather than pure performance. Especially when one considers the particular Lenovo model involved: the Yoga lineup isn’t so much associated with ultimate performance. However, there are desktop-replacement scenarios where users might definitely want to see a more than 8-core CPU powering their machine.

That said, this could simply be a higher clocked 8-core (the Ryzen 7 4800U does feature a base 1.8 GHz/up to 4.2 GHz boost clocks, so there’s room for improvement). The Yoga Slim 14 where the Ryzen 9 4900U was listed does only weigh 1.1 Kg and has a quoted 11 hour battery life on the 4K screen option (versus 14 hours on the FHD version). We’ll just have to wait and see, with our thinking hats on. A typo is possible, but hard to make in both the physical specs list on the pictures, and on the official Lenovo website. The fact that the original video has since been edited with the specs list obscured definitely means something’s afoot. This could also be another AMD bullet for the mobile market, where it has achieved its biggest share growth in recent times. 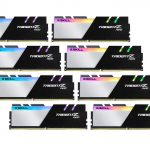 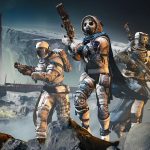 The Lord of the Rings: Return to Moria Revealed