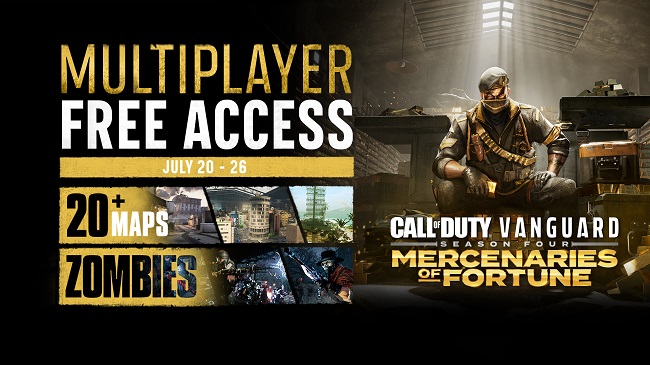 Call of Duty Vanguard Multiplayer and Zombies is free to play for one week starting today until 26th. Users will get to experience the 4th season which include a new USS Texas 1945 map, Blueprint Gun Game, new round-based Shi No Numa Zombies map and more…

“The Free Access period begins July 20 at 10 AM PT and lasts through July 26 at 8 AM PT. Experience the full suite of Vanguard’s Multiplayer and Zombies Playlists with all maps and modes available during the Free Access period, including recent releases like USS Texas 1945, Blueprint Gun Game, and Shi No Numa.

All Aboard the USS Texas
Deploy to the high seas in USS Texas 1945, a classic Multiplayer map first introduced in Call of Duty®: WWII. There’s danger — and opportunity — at every turn, whether you’re challenging enemy Operators in the open along the decks or fighting for the interior power positions in Comms and the Weapon Control Room.

The map’s narrow layout encourages constant engagements, so be prepared to defend your position and take control of the objective. See our USS Texas 1945 Multiplayer map guide for a full rundown, including suggested Loadouts and tips for dominating in maritime combat.

Be the first to progress through 18 different weapons to win the match. Eliminate a player with your current weapon to move on to the next or take them out with a melee attack to set them back one weapon. And no camping here, soldiers! A persistent UAV pings all Operators throughout the match.

Survive the Horde in Shi No Numa
Enter the Swamp of Death…if you dare. Shi No Numa brings the classic, round-based Zombies experience to Vanguard. There are rumors of a relic located deep in the swampland that can sever the bond between villains Von List and Kortifex the Deathless. Your mission? Build the wonder weapon, find the relic, and uncover the secrets of Kortifex’s past.

You’ll need every advantage available, so hit up the Altar of Covenants and the Tome of Rituals to vastly boost your fighting effectiveness against the horde.

In addition to the most recently added maps and modes, Free Access players will gain entry to the full stockpile of Vanguard content, including Multiplayer maps like Sphere, Mayhem, Shipment, and Das Haus. Try classic and newer modes like Team Deathmatch, Domination, Hardpoint, and Arms Race.” 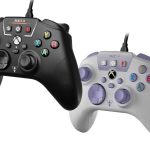 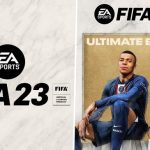