This new 5000-series APU from AMD is looking good offering increased performance and an impressive frame rate of 95 FPS on Battlefield 4 at 1080p low settings.

Taken from TPU … The Ryzen 5 5300G is a rumored upcoming Zen 3 APU from AMD which has recently been spotted in engineering sample form. The new processor was recently listed on eBay with designation 100-000000262-30_Y, and while the processor is now sold out it has already been benchmarked and detailed. The Ryzen 5 5300G is the successor to the OEM exclusive Ryzen 3 4300G and consumer Ryzen 3 2300G processors and should offer significant performance improvements with the introduction of Zen 3 cores. The 5300G includes four cores and eight threads with a potential 3.5 GHz base clock and no reported boost clocks however this is subject to change with the official release.

The processor was put to the test with CPU-Z single-threaded performance showing the CPU bringing a 10.4% improvement over the 4300G while in multi-threaded bringing a 7.9% uplift. In Cinebench R15 the 5300G beats the Ryzen 3 Pro 4350G by 16.7% and the Intel Core i3-10100 by 11.6%. We only got two gaming benchmarks for Battlefield 4 and Battlefield V with the processors onboard Vega graphics performing admirably in both providing 29 FPS in Battlefield V at 1080p high settings. When played with less demanding graphics settings or with older games we see some impressive numbers with up to 95 FPS on Battlefield 4 at 1080p low settings. 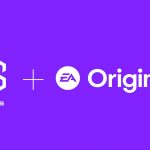 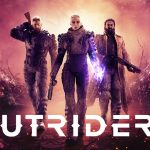