Oh I can’t wait to see what AMD has in store for us. I would love to see the next-gen RDNA2 based Radeon graphics card in action.

Taken from TPU … AMD’s next-generation RDNA2 architecture based Radeon RX series client-segment graphics cards will launch in September 2020, according to a DigiTimes report citing industry sources. This would make September a mighty busy month for hardware launches, as the company is also expected to debut its 4th generation Ryzen “Vermeer” (and possibly “Renoir) desktop processors in the AM4 package. NVIDIA is expected to debut its GeForce “Ampere” client-segment graphics cards around the same time. Although not in the same computing segment, Intel could also debut its 11th generation Core “Tiger Lake” mobile processors.

RDNA2 is an important launch for AMD as it’s the company’s first graphics architecture that meets the DirectX 12 Ultimate logo requirements, which include real-time ray-tracing capability leveraging DXR, variable rate shading, mesh shaders, and sampler feedback. AMD and NVIDIA will be debuting their graphics cards close to the release of CD Projekt’s “Cyberpunk 2077,” which is emerging as the year’s most hotly anticipated game. 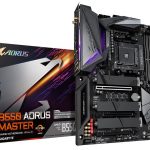 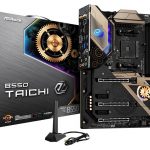