Let the battle commence! Sony matches the price of their PlayStation 5, the same as Microsoft’s Xbox Series X.

Taken from BBC … Sony has matched the price of the forthcoming flagship PlayStation 5 to that of Microsoft’s Xbox Series X.

Last time round, the PS4 significantly undercut the Xbox One at launch.
Sony also confirmed the PS5’s “digital edition” – which does not have a disc drive – would cost about 40% more than the low-end Xbox Series S. Both PS5 consoles are set to be released on 19 November in the UK, and 12 November in the US, Japan and Australia.

That puts them slightly later than Microsoft’s 10 November launch date. Sony was the clear leader in the previous generation of the so-called console wars.

The various PlayStation 4 consoles outsold the Xbox One range by a factor of more than two to one.

Some industry-watchers believe Microsoft’s combination of a £250 price for the XBox Series S and the value offered by the Xbox Game Pass subscription service could give the US firm an advantage.

Microsoft offers members its first-party blockbuster games at launch in its games library, unlike Sony’s existing PlayStation Now services, which is limited to older major releases.

Sony showed off a new subscription service called the PlayStation Plus Collection for the PS5.

But it appeared to focus on the PS4’s greatest hits – including Last of Us Remastered, God of War and Bloodborne – rather than any of the PS5’s forthcoming releases. 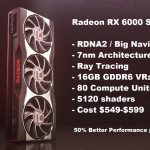 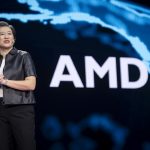