This is interesting, the Xbox Series S/X can run PS2 games with pretty good performance via emulation. The PS5 can’t run PS2 games at all, only PS4 games so will be interesting to see what Sony makes of it.

Taken from VG247… Retro gaming enthusiasts are managing to get PlayStation 2 games up and running on Microsoft’s Xbox Series S/X.

By using some tricks inside the Xbox Series S and X‘s built-in developer mode, gamers are managing to emulate PlayStation 2 titles on the new tech – and emulate them well.

The emulation scene on the new Xbox hardware has been progressing steadily since the consoles launched earlier in November, and now creators like Modern Vintage Gamer (video is embedded below) are showing off just how well the new Xbox systems can run legacy titles.

The video above shows off the likes of God of War, Shadow of the Colossus, God Hand, and more working via Xbox Series S. Though there are some occasional bugs, for the most part, the titles run smoothly and are emulated without serious visible issues.

This is all thanks to Developer Mode, a feature that can be enabled on the Xbox Series S hardware.

Once the mode has been enabled, players can “run RetroArch emulation with excellent performance”, according to Youtuber Modern Vintage Gamer. RetroArch is a free, open-source and cross-platform emulator that allows games to be played outside their native platforms, for what it’s worth.

As one user on gaming forum Resetera notes, “PS5 can’t [play these games] but the Xbox consoles can lol”.

In theory, the emulator will also be able to play PlayStation, PSP, and a few Nintendo titles, too.

If you’re keen on trying something like this yourself, the Youtuber links to a guide that allows you to set up your Xbox Series S or X in Developer Mode and provides more insight into how the process works over on their channel.

Just be aware that running emulation software on the hardware may be contrary to some of Microsoft’s terms and agreements, so try this at your own risk. 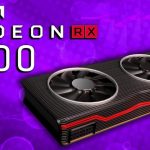 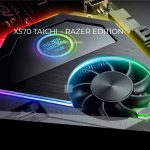