Taken from TPU … Microsoft has just announced that we will finally get a glimpse (here’s hoping it’s more than just a glimpse) at their next-generation Xbox Series X gameplay. The event, scheduled for May 7th at 11 am ET / 8 am PT. To be transmitted on YouTube, the Inside Xbox event will be essentially a “global partner event”, which means that we should see gameplay for a variety of franchises from AAA developers and publishers. And looking at today’s announcement of Assassin’s Creed Valhalla, which featured Xbox marketing prominently, I’ll wager that’s just one of the games we’ll get to see more of at the event.

Check out First Look next-gen gameplay from our global developers partners within #InsideXbox on Thursday, May 7 at 8am PT. pic.twitter.com/xVdgIeRBJX

Microsoft’s general manager of Xbox games marketing Aaron Greenberg also said that “Xbox Games Studios teams are hard at work on some big summer plans”. It remains to be seen whether that means another event will be taking place at a later date, focused solely on Microsoft’s first-party studios, but I’d wager we’ll be seeing most of the presentation focusing on Xbox’s own development studios. Finally, we’ll be getting a look at what “gaming revolution” next-gen consoles will really bring – and set a standard for future games development. 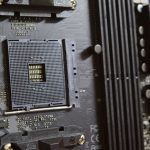 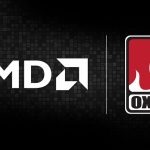