If you’re a fan of Mortal Kombat but didn’t like the original movie … the 2021 reboot may interest you. It’s got lots of GORE!

Taken from Engadget … The first trailers have dropped for the upcoming Mortal Kombat movie and one thing’s clear: this film won’t hold back on the violence. Just like the games, the restricted red band clip is full of gore and dismemberments. It’s not for the faint of heart.

Get over here! Watch the trailer for Mortal Kombat now — in theaters and streaming exclusively on HBO Max April 16. #MortalKombatMovie pic.twitter.com/eFhQhbdNUl

The movie stars Lewis Tan (Marvel’s Iron Fist) as a washed-up MMA fighter who has the Mortal Kombat dragon logo on his chest. While he initially believes it’s a birthmark, it actually means he’s been chosen to fight in a certain tournament of champions. 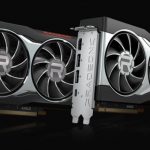 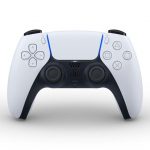