The AMD B550 chipset aren’t supposed to support 3 PCIE Gen 4 M.2 Slots … but apparently it does with Gigabyte’s B550 AORUS Master motherboard.

Taken from TPU … GIGABYTE B550 AORUS Master is the company’s most premium socket AM4 motherboard based on the upcoming AMD B550 chipset. We described this board in some detail in our older article covering an assortment of top B550 motherboards from manufacturers, but missed a key detail. At the time we assumed that the PCI-Express lane switches located below the board’s main PCI-Express slot merely splits its x16 connection from the AM4 SoC down to two x8 connections to share between two slots, given that AMD allows multi-GPU (including SLI) with the B550. Apparently, the lane switches are there for a different, more fascinating reason.

A BenchLife.info report points to the possibility of all three M.2 slots on this motherboard having PCI-Express gen 4.0 wiring – something that shouldn’t normally be possible, since all downstream PCIe lanes put out by the B550 are gen 3.0. The way we see it, the topmost M.2 slot has a direct PCI-Express 4.0 x4 connection from the AM4 socket (as it normally should). The second- and third slots, however, pull their wiring from a series of lane switches that split the main x16 PEG slot to gen 4.0 x8/x4/x4. It’s possible that one of the two x16 (electrical x4) slots has a further lane sharing arrangement with one of the two M.2 slots. The B550 chipset’s 8-lane PCIe gen 3.0 budget is spent driving the board’s various onboard controllers (except HD Audio, which is wired to the CPU), and one of x16 (electrical x4) slots. 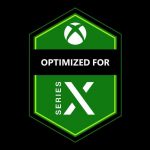 Optimised for Xbox Series X – But what does that mean?