With so much focus on PS5 lately … PS4 owners are in need of some love. Don’t worry, you’ll be glad to know that Marvel Avengers Beta will be available on PS4 first on August 7th … yes, before PS5.

Taken from Engadget … It’s nearly time for The Avengers to assemble again. Crystal Dynamics has revealed the beta launch dates for Marvel’s Avengers, but not everyone will get their hands on it at the same time.

Players who pre-ordered Marvel’s Avengers on PS4 will get beta access first on August 7th. A week later, the Xbox One and PC pre-order beta gets underway, as does an open beta on PS4. Then, on August 21st, the open beta will be live on all three platforms.

Creative director Shaun Escayg revealed to IGN the “meaty” beta will offer a taste of all aspects of the game. That includes the campaign, the progression system and co-op modes. It’ll also include Drop Zones, a type of mission Crystal Dynamics hasn’t said much about. It’ll reveal more details about Drop Zones during the second War Table stream, which takes place on July 29th at 1PM ET. You’ll find out more about what’s included in the beta then too.

The beta starts just a few weeks before the game hits PS4, Xbox One, Stadia and PC on September 4th. At the very least, it’ll give those who aren’t yet convinced whether to pick up Marvel’s Avengers some hands-on time to help them decide. Meanwhile, if you purchase a copy on PS4 or Xbox One, it includes a free upgrade to the respective next-generation version. 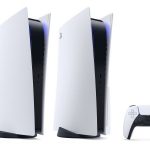 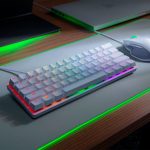