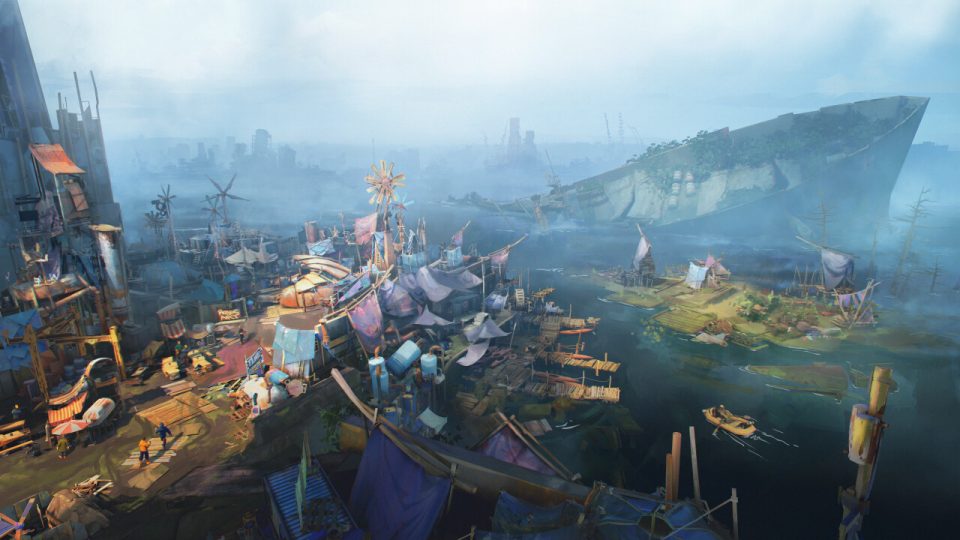 Developer Vile Monarch and publisher Ravenscourt are proud to unveil Floodland, a post-catastrophic survival city builder set in Earth’s devastated wetlands, due for release on Nov. 15, 2022. In Floodland, the world’s sea levels rise dramatically due to the consequences of man-made climate change, and a resulting chain of catastrophes occurs, plunging humanity into a new dark age. A brand-new teaser released today gives some insight into the events leading up to the catastrophe that set mankind back hundreds – if not thousands – of years.

Floodland is developed by Polish studio Vile Monarch, founded by Kacper Kwiatkowski and Grzegorz Mazur, both of whom worked on This War of Mine, and have a history of taking real-world problems and translating them into a gaming medium. “Grzegorz and I came up with the idea for Floodland when we discussed conventions that are unexplored in games, one of them being a ‘mature and realistic post-apocalypse,’ with examples in other media such as The Road, Children of Men, or even The Walking Dead. In gaming, The Last of Us would be the closest,” said founder Kacper Kwiatkowski. “It felt especially timely and important to use these kinds of stories to let us discuss the challenges of the world nowadays.” 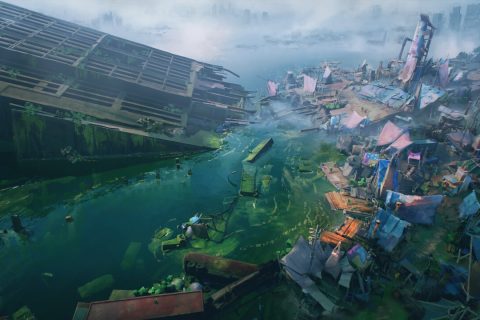 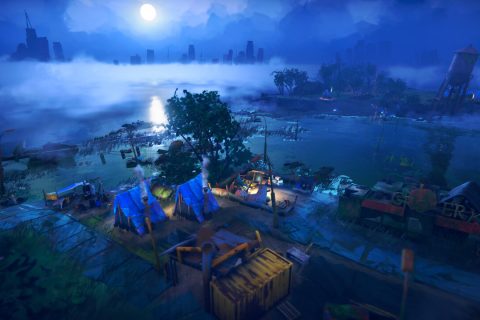 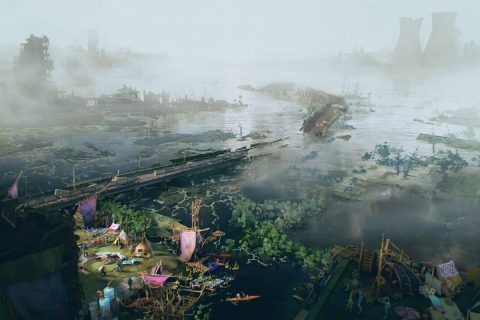 Starting off on the outskirts of a drowned city, you must lead your small group of nomads to rebuild society from the ground (puddle) up. You do this by exploring the remains of the flooded city and scouring it for resources, relearning basic agriculture and fishing skills, and turning a group of stragglers living in tents in a swamp into a thriving town.

Players will slowly evolve their society by establishing and upgrading new buildings, repurposing old ones, and researching “new tech,” (or relearning old tech) enabling you to overcome the numerous challenges you face.

But people will be people, and the larger your settlement grows, and the more inhabitants it houses, the higher the chance that societal issues will arise, meaning you may well face the same problems the old world had.

The question is, how will you manage your clans? Will you unite the remnants of humanity or will you choose division and isolation? Either way, you will shape the society of tomorrow.

Floodland will be released on PC via Steam and GOG on Nov. 15 of this year. 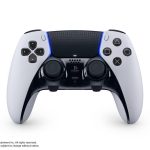 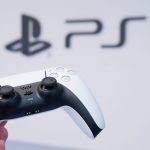