This is not good for CD Projekt RED. I don’t expect these hackers will use the code to hack gamers … but more likely force CD Projekt RED to pay some ransom, or they’ll leak the code online.

Taken from TPU … CD Projekt RED just announced that it has been hit by a cyber-attack on its internal network, with the attacker having gained access to certain sensitive information belonging to the CD Projekt group. In a press note posted to Twitter, the studio included the screenshot to a plain-text ransom note left on its servers by the attacker, who claims to possess source-code of the company’s most popular titles, including “Cyberpunk 2077,” “The Witcher 3: Wild Hunt,” “Gwent,” and an unreleased version of “The Witcher 3” (possibly a remaster).

They also claim to have confidential documents related to CDPR’s financial accounting, administration, legal, HR, IR, and more. The note ends with information on how to reach out to the attacker to discuss ransom within 48 hours. CDPR announced that it will not give into the demands of the attacker, and has reached out to law enforcement. 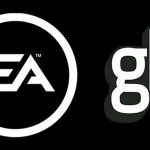 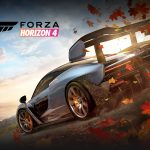