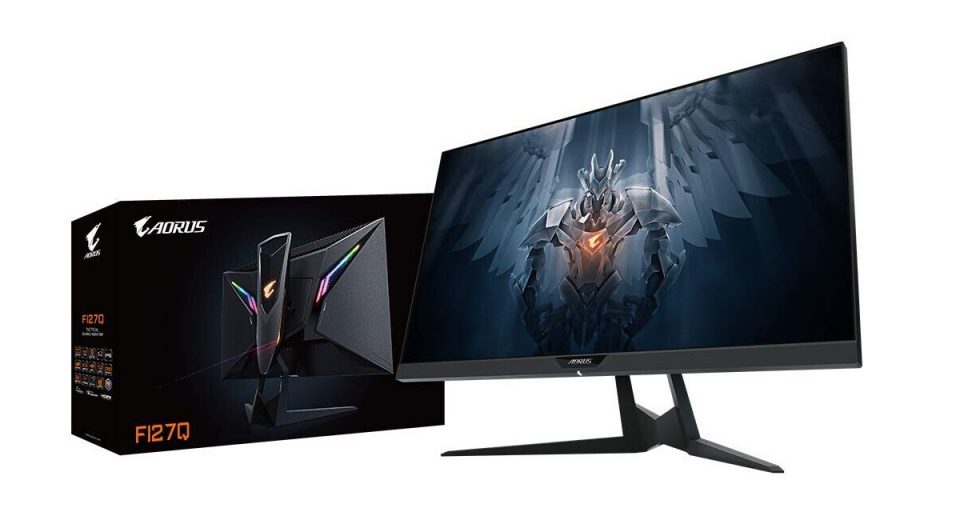 AORUS, the premium gaming brand of Gigabyte Technology, debuted a tactical monitor that gives gaming enthusiasts twice the details and display quality than Full HD, and allows them to enjoy games and movies in their original size. The AORUS F127Q features a 27″ QHD panel (2560×1440 resolution) in a 16:9 aspect ratio with a 165 Hz refresh rate. New monitor supports AMD Radeon FreeSync technology which puts an end to choppy gameplay and broken frames to create a fluid and artifact-free performance at any framerate.

The AORUS F127Q is one of the most responsive gaming monitors in the market. By accelerating the twisting speed of the liquid crystals, the response time can be reduced to 1 ms, and let you enjoy a fluent gaming experience without any ghosting effects. This feature is particularly useful with high tempo games! The AORUS F127Q uses an advanced 10 bits (8 bits+FRC) Color IPS display technology which gives you extra wide viewing angles with 178/178 degrees. While in fierce competition, the F127Q’s smooth rendering ability eliminates any chance of ghosting effects.

High Dynamic Range (HDR) displays delivers better contrast and color accuracy, as well as more vibrant colors, compared to Standard Dynamic Range (SDR) displays. As a result, HDR is gaining interest from a wide range of applications, including gaming, movie entertainment, and creation of multimedia content. The aim is to let the human eye see the picture as real as possible.

AORUS F127Q Gaming monitor boasts the most advanced LED systems in the market. Thanks to the RGB Fusion App, you’ll be able to create a gaming ambience exclusively to you with its intuitive UI and customizability. LED enthusiasts now have the chance to show off their creativity with the ability to customize multiple zones independently.

The AORUS Aim Stabilizer reduces motion blur and allows gamers to maintain extraordinary clarity in the game for a smoother experience. For example, in FPS games, firing a shot will produce a strong recoil which will shake the screen and make the picture blur. The Aim Stabilizer can counter the motion blur and enhance the gamer’s visual clarity, letting them to trace the bullet trajectory and control the aim more easily.

In addition, The AORUS Dashboard shows you critical hardware information in real-time such as CPU voltages, clock speed, temperatures, usage, fans speed and other AORUS exclusive functions, such as GameAssist. No matter what kind of scenario, you will not be blocked by any game. You can even customize the information that you want to display.

The Black Equalizer can control the shadow of the display to enhance the contrast and increase the visibility of the dark scene without overexposed the bright area, so in the game, Black Equalizer will deepen the details of the dark part without affecting other display areas. Let us easily find enemies hiding in the dark.

Other prominent features include: 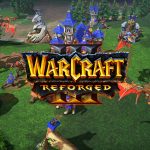 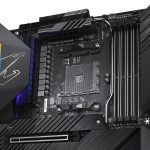