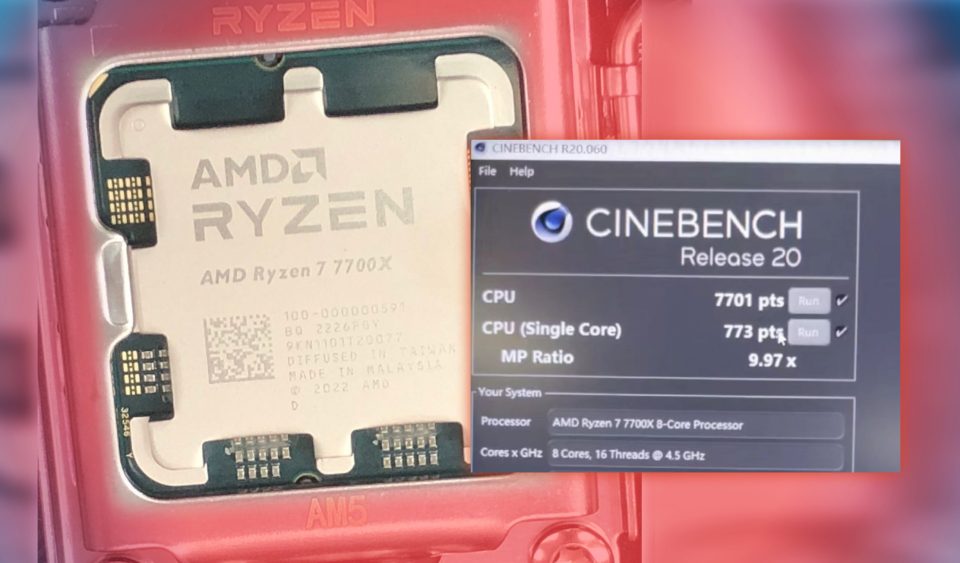 Taken from TPU … The Cinebench R20 score of an AMD Ryzen 7 7700X “Zen 4” processor (possibly engineering sample), was allegedly leaked to the web by “Extreme Player Hall,” a video-format tech news published on Bili Bili, as discovered by 9550pro on Twitter. The 8-core/16-thread processor was shown scoring 773 points in the single-thread test, and 7701 points in the multi-threaded one. These numbers put it 25-30 percent faster than the current Ryzen 7 5800X, as pointed out by Greymon55. The multi-threaded performance of this chip is roughly on par with that of the 5900X, which means AMD is overcoming a 50% CPU core-deficit on the backs of higher IPC and memory bandwidth.

The 25% single-core performance gain over the 5800X, if extrapolated to other less-parallized workloads such as gaming, could put this processor about 5-10% ahead of the 5800X3D, and about 4-9% ahead of the Core i9-12900K. The 7700X could face an uphill task measuring up to “Raptor Lake” in multi-threaded tests, given that Intel is doubling down on its Hybrid Architecture, with more E-cores across the lineup. AMD may still have a crack at matching Raptor Lake’s gaming performance with future variants that have 3DV Cache. 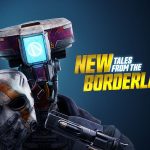 2K and Gearbox Reveal New Tales from the Borderlands