The PowerColor AMD Radeon RX 6900 XT graphics card is designed to deliver unmatched 4K performance with no compromises to meet the demands of the most avid gamers and computer enthusiasts. It offers 80 Compute Units (CUs) with a total of 5120 stream processors, and provides a Boost Clock of up to 2250 MHz. 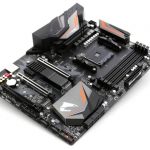