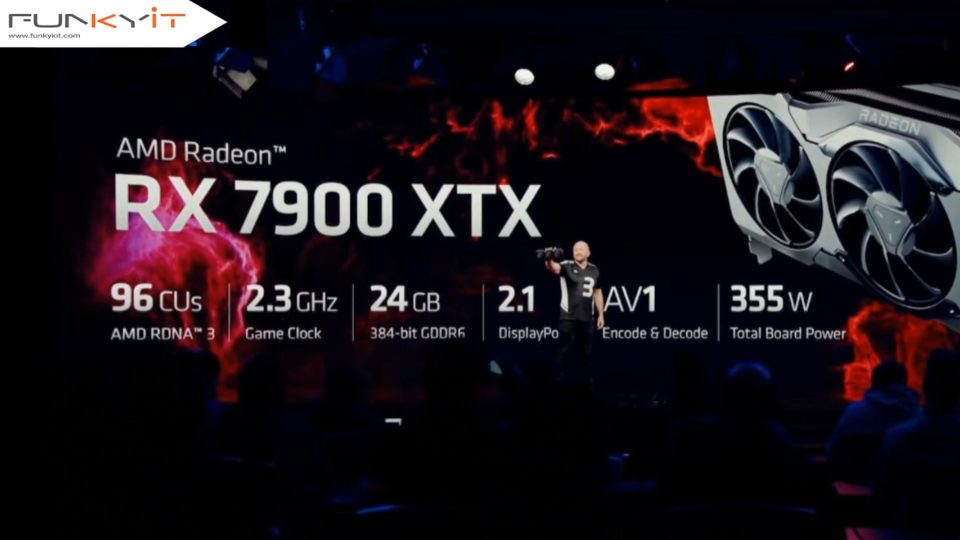 Performs Within Striking Distance of RTX 4090.

Taken from TPU … AMD on Thursday launched the Radeon RX 7900 XTX and RX 7900 XT RDNA3 graphics cards. With these, the company claims to have repeated its feat of a 50+ percent performance/Watt gain over the previous-generation, which propelled the RX 6000-series to competitiveness with NVIDIA’s fastest RTX 30-series SKUs. AMD’s performance claims for the Radeon RX 7900 XTX put the card at anywhere between 50% to 70% faster than the company’s current flagship, the RX 6950 XT, when tested at 4K UHD resolution. Digging through these claims, and piecing together relevant information from the Endnotes, HXL was able to draw an extrapolated performance comparison between the RX 7900 XTX, the real-world tested RTX 4090, and previous-generation flagships RTX 3090 Ti and RX 6950 XT. 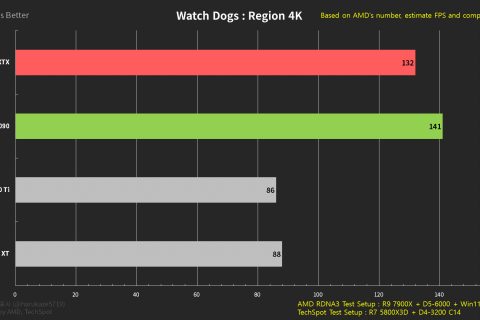 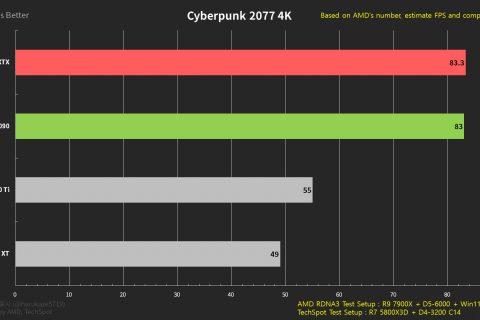 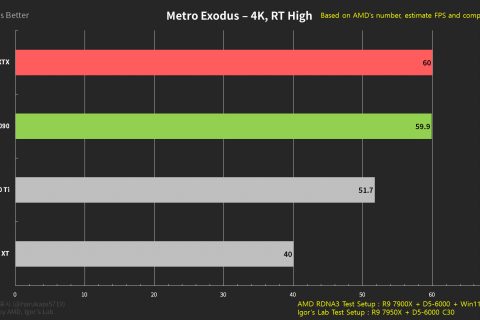 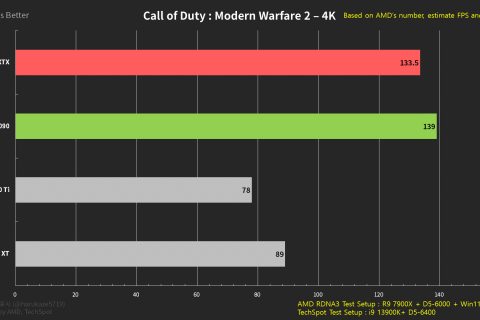 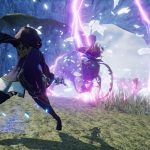 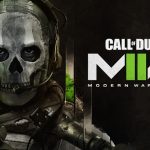