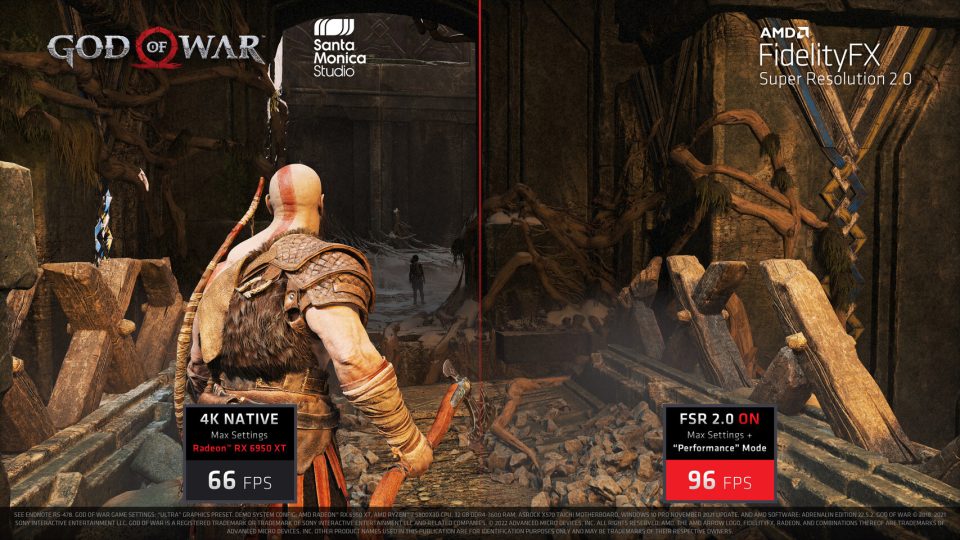 May 12, 2022, was a big day for AMD FidelityFX Super Resolution (FSR) — DEATHLOOP was the first game to be updated with FSR 2.0, and we were thrilled to see the incredible response to the next generation of our open-source upscaling technology. Now we are extremely excited to tell you that two more games have been updated to add support for FSR 2.0, Farming Simulator 22 by GIANTS Software and God of War by Santa Monica Studio and PlayStation Studios.

FSR 2.0 is the next-level AMD temporal upscaling technology designed to deliver similar or better than native image quality and boost framerates in supported games across a wide range of products and platforms. Along with the two new FSR 2.0 game updates above, five more games have now joined the list of upcoming FSR 2.0 titles – Abyss World, Hitman 3, Rescue Party: Live!, Super People, and The Callisto Protocol. In addition, more games have been updated to support FSR 1.0. 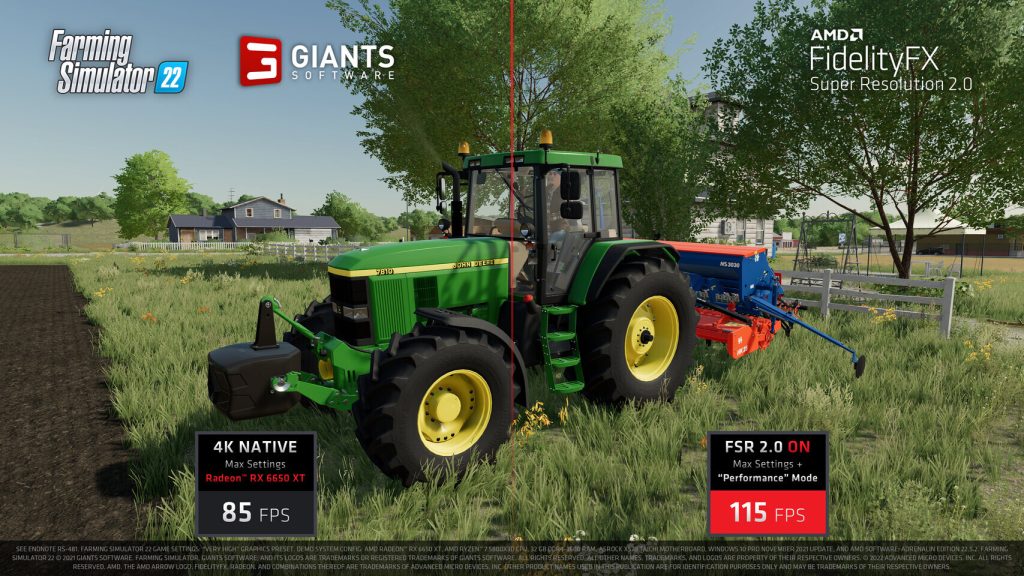 The latest update to God of War is now available and updates the already available support for FSR 1.0 in the game to FSR 2.0. The next-level “2.0” temporal upscaling technology provides better image quality across all FSR quality modes and resolutions while still substantially boosting performance. 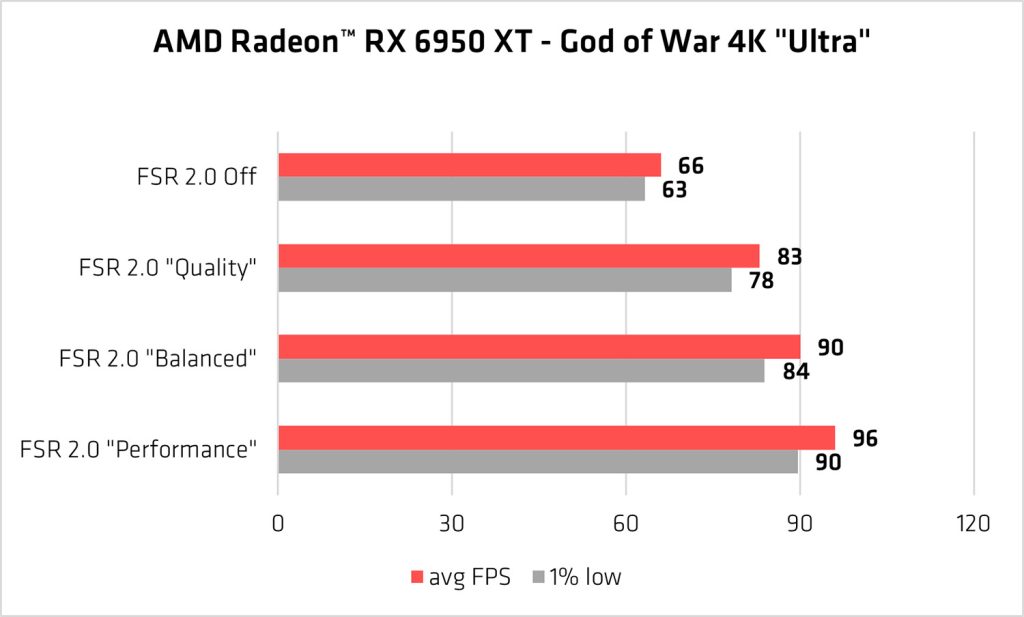 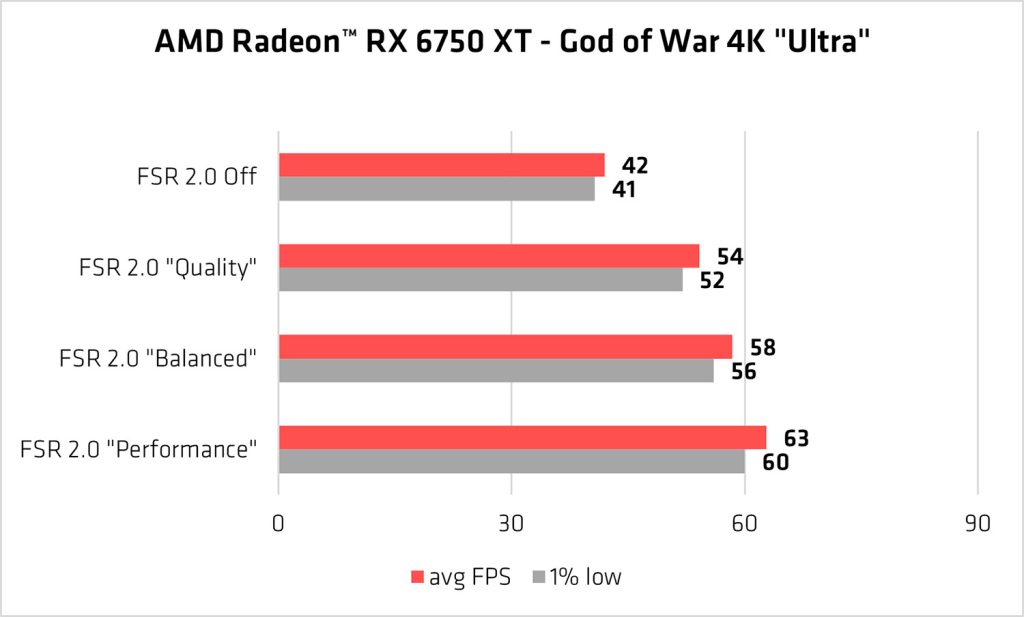 Farming Simulator 22 lets you create your farm and let the good times grow and the latest update to the game adds FSR 2.0 to the already included FSR 1.0. With the addition of AMD’s latest upscaling technology, you can significantly boost your framerates in the game while still being able to harvest crops, tend to animals, manage productions, and take on seasonal challenges in 4K at maximum fidelity at the highest graphics settings.

When using the AMD Radeon RX 6750 XT graphics card, FSR 2.0 in “Performance” mode can improve framerates by up to 1.4x over 4K native (FSR “Off”) with the “Very High” graphics preset. 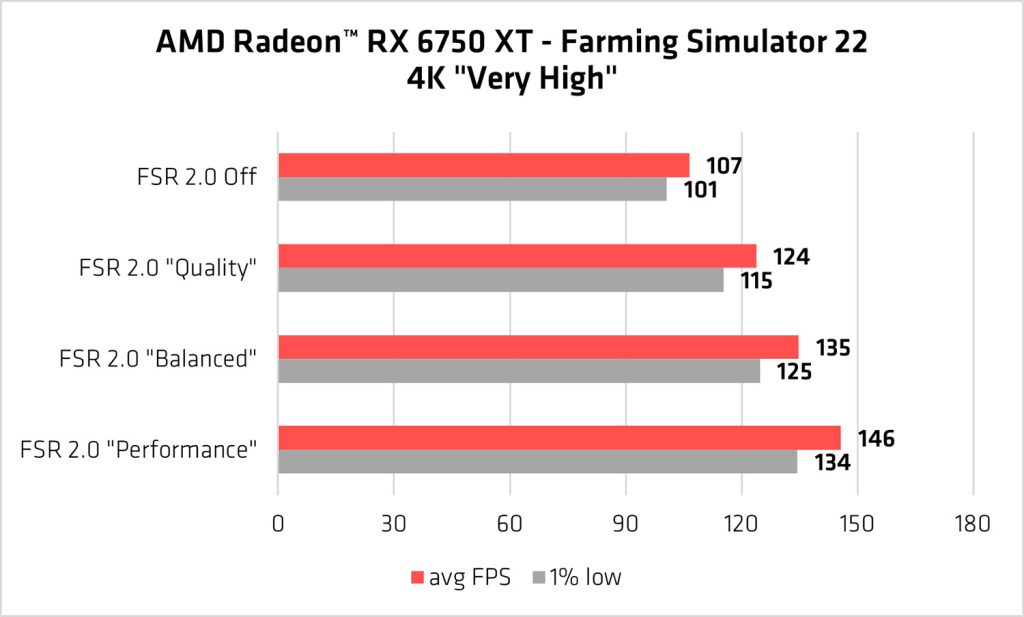 FSR 2.0 helps boost your performance by up to 1.4x above 4K native (FSR “Off”) with “Performance” mode enabled — that is up to 115 FPS even with the game’s graphics set to “Very High”. 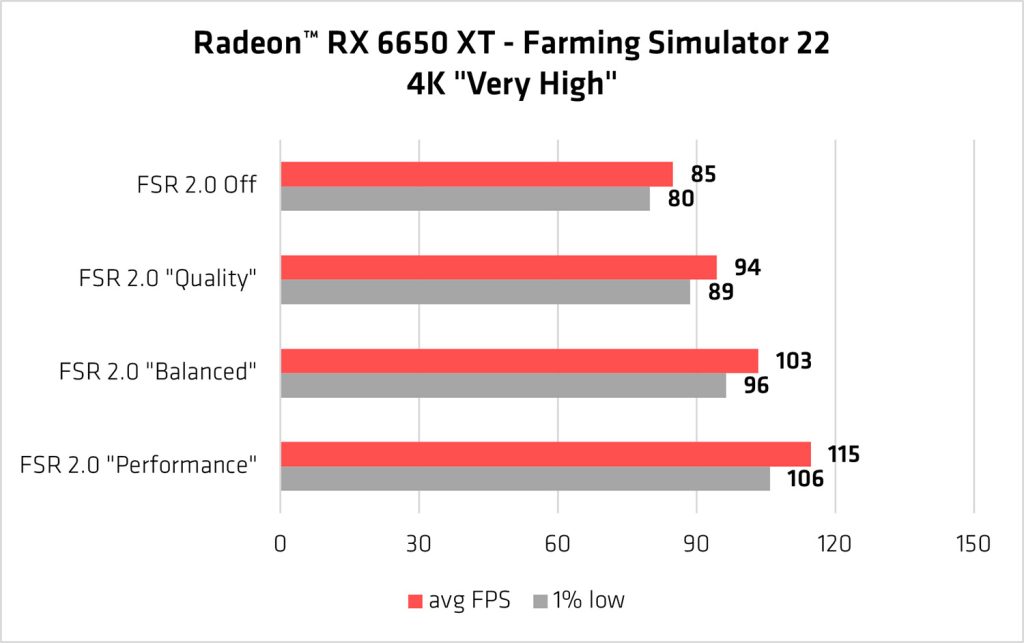 Along with the God of War and Farming Simulator 22 being updated with FSR 2.0 technology, the list of upcoming FSR 2.0 games has now grown to 16 games with the addition of Abyss World, Hitman 3, Rescue Party: Live!, Super People, and The Callisto Protocol, bringing the number of FSR 2.0 games to 19 in total. 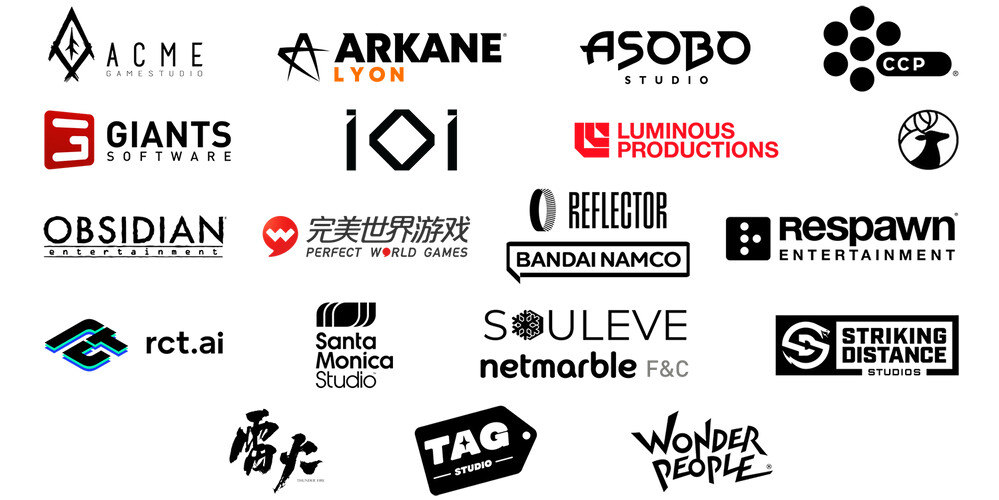 Even though FSR 2.0 is now available in select games, and we expect more developers to integrate our latest upscaling technology into their games, because of the nature of game development timelines you can still expect to see some new games comes out with or get updated with FSR 1.0. 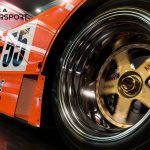 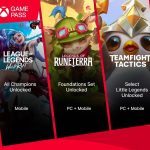