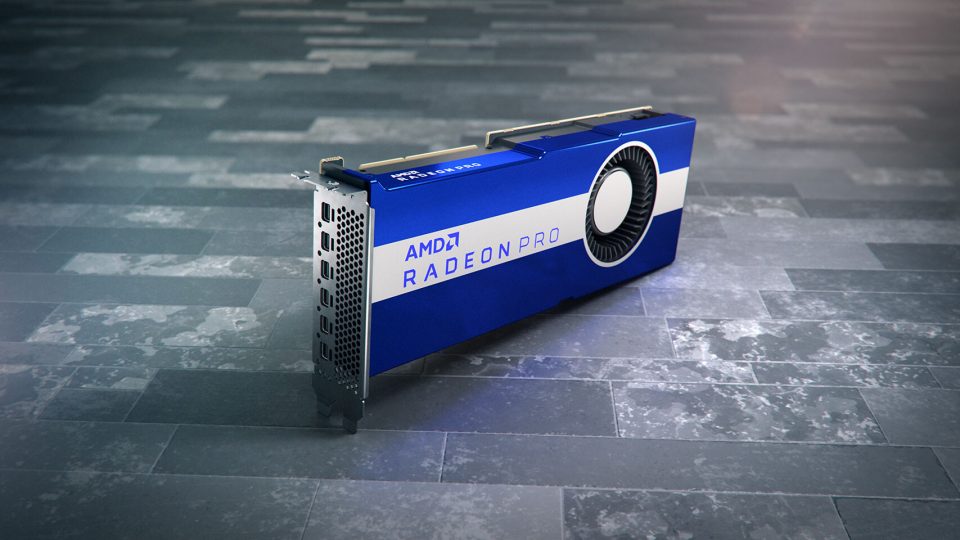 The new workstation graphics card provides the high-performance and advanced features enabling post-production teams and broadcasters to visualize, review and interact with 8K content whether in the broadcast booth, on the studio floor or in the media server pipeline. It also enables engineers and data scientists to handle larger and more complex models and datasets, while reducing run times for engineering simulations and scientific computing workloads. 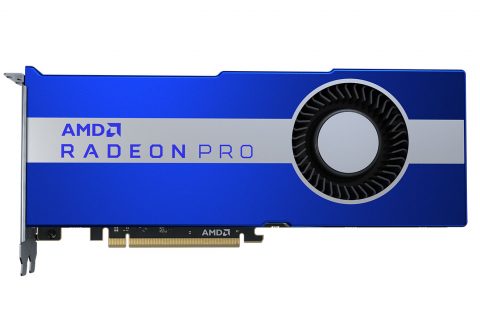 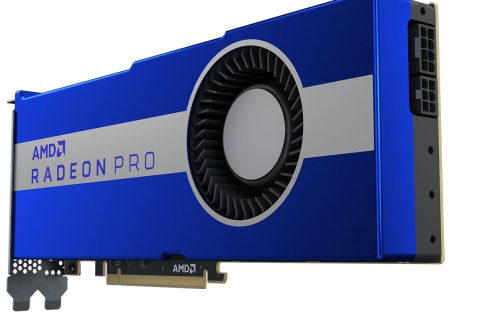 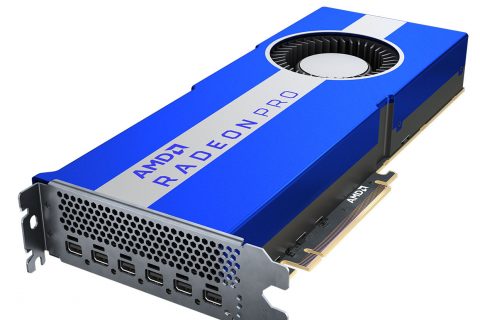 Key capabilities and features of the AMD Radeon Pro VII graphics card include:

Availability
The AMD Radeon Pro VII graphics card is expected to be available from major etailers/retailers beginning mid-June 2020 for an SEP of $1,899 USD.

AMD Radeon ProRender is our fast, easy, and incredible physically-based rendering engine built on industry standards that can take your rendering to the next level on virtually any GPU, any CPU, and any OS1 in over a dozen leading digital content creation and CAD applications.

Ready for this week’s relaunch of GPUOpen, we have some exciting new announcements and releases, including some big changes for developers looking to integrate Radeon ProRender into their applications, a preview of our next-generation rendering engine, and new and updated plug-ins for Blender, Houdini, Maya, and Unreal Engine.

Now Even Easier for Developers to Implement
AMD Radeon ProRender Developer Suite, our complete toolkit of SDKs for developers looking to add physically-based rendering to their application’s workflow, has moved to a new home on GPUOpen — relaunched this week with a brand-new website with a modern look and feel.

Along with this move, we have also made some important changes as to how we license Radeon ProRender for developers to make it even easier to work with. Our SDKs are now freely available under the permissive Apache License 2.0, simplifying the licensing agreement to use Radeon ProRender in your application.

On top of this new licensing model, we are also making open-source versions of all our Radeon ProRender plug-ins available on GPUOpen, which developers can use as examples of how to integrate our renderer into their application.

Updated SDKs, Including the Next Generation of AMD Rendering Software
The developer suite consists of three SDKs, AMD Radeon ProRender, AMD Radeon Rays, and the AMD Radeon Image Filter Library SDK, and in addition to the new home and licensing changes, we are made a few substantial updates. Firstly, a beta of the Radeon ProRender 2.0 SDK, the next generation of our rendering software, is now available.

AMD Radeon ProRender 2.0 adds several significant new features and improvements, including a new flexible shader node system, out-of-core support for heavy geometry, and improvements to our rendering algorithm designed for better convergence with the same samples per pixel. Radeon ProRender 2.0 also lets developers boost their applications’ rendering performance with improved CPU + GPU rendering – for example, when tested with our internal render test with the just announced the AMD Radeon Pro VII plus the AMD Ryzen Threadripper 3990X working together, render times were up to 47 percent faster.

Lastly, we have released AMD Radeon Rays 4.0, an update to our high-performance ray intersection acceleration library. This latest version supports both AMD GPUs and CPUs as well as those of other vendors using DirectX 12 in addition to Vulkan APIs, has a custom AABB hierarchy, and includes GPU Bounding Volume Hierarchy (BVH) optimizations. Radeon Rays 2.0 is still available for developers needing OpenCL support.

New Plug-In for Unreal Engine
In addition to all the updates we have for developers, don’t think we’ve also forgotten our users. Today we’re also releasing our new Radeon ProRender plug-in for Unreal Engine which adds both our Vulkan API-based Full Spectrum Rendering technology and full OpenCL path-traced rendering to this popular application that is increasingly being used for more than just game development.

Our plug-in is fully integrated into Unreal Engine, and uses the existing lights, materials, and textures of any scene you’ve created – and as the Unreal’s Datasmith tool makes it simple to make Unreal Engine part of product and AEC visualization workflows, designers and architects can now easily create high-quality photorealistic renderings of their creations using Radeon ProRender.

Radeon ProRender for Unreal Engine also includes many of the features you would expect from our other plug-ins, such as AI-accelerated denoising, adaptive sampling, and native tone mapping and gamma controls.

Updated Plug-Ins, Including Support for Blender 2.83
Wait, there’s more – we don’t just have a new plug-in but also quite a few exciting new updates to our existing plug-ins. To start, for our Blender users, we have updated our plug-in to support the upcoming 2.83 release of Blender. We are also adding an OpenVBD volumes node, improved export times for image files (when using 2.83), and support for ObjectID and MaterialID AOVs.

Our newest plug-in before today’s release for Unreal Engine is our plug-in for SideFX Houdini 18 that works with SideFX Solaris, Houdini’s USD-based set of tools for lookdev, layout, and lighting. We have updated our plug-in to support the Houdini principled shader, improved the Radeon ProRender area lights, added motion blur support, and improved our OpenVDB volume rendering.

Try Out Our Next-Generation Rendering Engine Today
Lastly, as an extra treat for our dedicated Radeon ProRender users, we wanted to give you a sneak peek of Radeon ProRender 2.0 rendering – in our updated plug-ins for Blender and Maya you can now turn on an “experimental” Radeon ProRender 2.0 mode to preview some of the improvements our next-generation rendering engine brings to table. Keep in mind as an “experimental” feature, this mode should not be expected to be as stable as the standard rendering mode and is not recommended for use in production workflows, it’s just to give you a taste of what’s coming.

New and Updated Plug-Ins Available Now
Everything you’ve read about above is available today. Developers can visit GPUOpen to learn more about and download our latest Radeon ProRender SDKs and users can download our new and updated plug-ins from the link below. 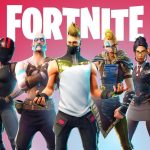 Fortnite will be Launch Title for PS5 and Xbox Series X