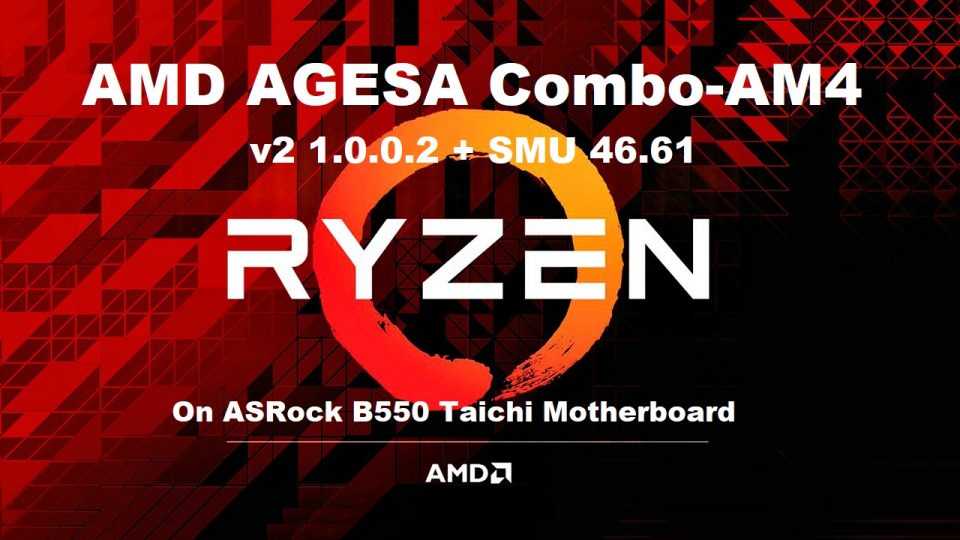 Today, we’ll be taking a quick look at the performance analysis of the new AGESA BIOS from AMD. We will be using the latest version (AMD AGESA Combo-AM4 v2 1.0.0.2 + SMU 46.61) which is designed for the ASRock B550 Taichi motherboard, and can be downloaded from their website.

With the new firmware, AMD has added virtualization-related features, as well as new memory-related parameters. The latter, allows for more memory speed options (including higher XMP profiles), better memory compatibility, and improved memory overclocking capabilities. It’s also improved on the power saving functionality, as well as fixing some vulnerabilities too.

What is AMD AGESA?

AMD Generic Encapsulated Software Architecture (AGESA), is a procedure library developed by Advanced Micro Devices (AMD), used to perform the Platform Initialization (PI) on mainboards using their AMD64 architecture. As part of the BIOS of such mainboards, AGESA is responsible for the initialization of the processor cores, memory, and the HyperTransport controller.

It will be interesting to see how the new BIOS will perform against the original default first release. I’m expecting better compatibility in terms of XMP profiles, as well as an improvement in the overall performance of the motherboard.

All tests were conducted at turbo clock speeds at a resolution of 1920×1080. High or Ultra settings enabled.

ASRock Beta version BIOS are designed for the users who are seeking to achieve the best performance out of their PCs such as gamers, overclocking lovers and PC enthusiasts. However, we don’t recommend users to update BIOS while the system is running well. For any damages caused by improper operation of downloading or updating BIOS, ASRock assumes no responsibility.

You’ll notice that the new BIOS offers a slightly better overall performance. More importantly ASRock claims that the new BIOS offer better support and compatibility with a wider range of DDR4 memory, as well as higher XMP profiles. We recommend you update the motherboard with the latest BIOS. I’ll let the numbers do all the talking …

The BIOS allows us to select the highest XMP profile available. In our tests, we used a pair of XPG Spectrix D60G (DDR4-3600) 8GB memory modules, give us a total of 16GB.

Check out the full article (with benchmark scores) at Funky Kit.

WARNING: Please carefully read and understand how to update the BIOS on your motherboard. Failure to do so can result in a damaged motherboard. ASRock and Funky Kit assumes no responsibility for any damages caused by improper operations of downloading or updating the BIOS.

You can buy the ASRock B550 Taichi motherboard 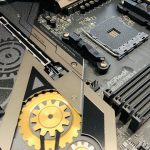 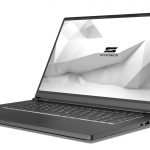 Razer and Fossil Produced a Limited Edition Smartwatch for Gamers