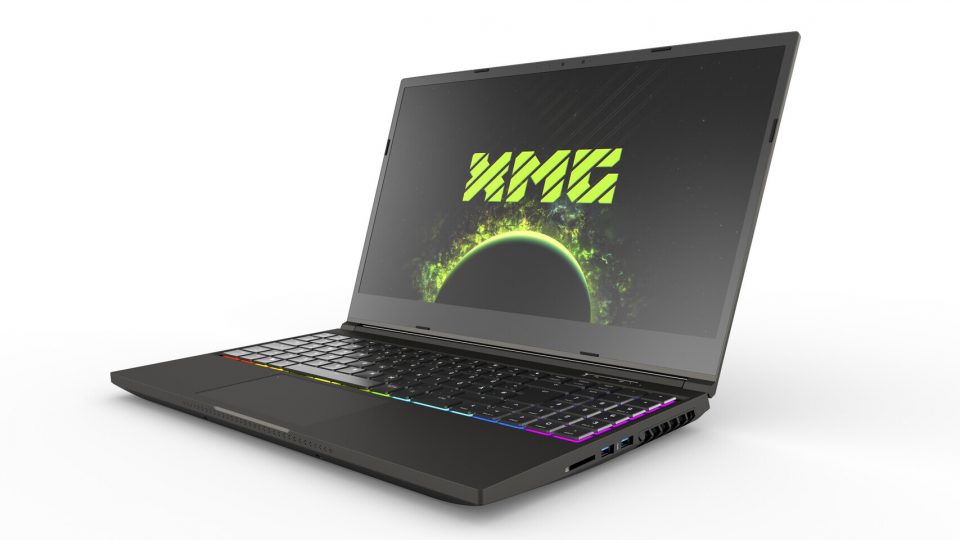 Following today’s launch of the latest graphics card and processor generation from NVIDIA and AMD, XMG not only updates the gaming laptops from the NEO and PRO product lines to significantly more powerful components, but also fundamentally redesigns both series. While the maximum performance-focused XMG NEO 15 and NEO 17 feature AMD’s Ryzen 9 5900H and an NVIDIA GeForce RTX 3080 Max-P in each of their top configurations, the XMG PRO 15 and PRO 17 aim to perfectly combine performance and mobility. The new PRO series now measure less than 20 mm in height and thus offers significantly improved portability than the previous generation. For this reason, XMG utilises a combination of graphics cards up to the NVIDIA GeForce RTX 3080 Max-Q and Intel’s Core i7-10870H.

The E21 model generation replaces the previously used Intel processors with AMD’s Ryzen CPUs including the Ryzen 9 5900H with eight fast Cezanne cores, multithreading as well as a base and boost clock of 3.3 GHz and up to 4.6 GHz. XMG combines the top CPU exclusively with the RTX 3080, whereas the complete range of new RTX 3000 graphics cards is only available together with a Ryzen 7 5800H. Both CPUs work with the maximum configurable TDP of up to 54 watts.

Further improvements include a fundamentally revised cooling system that effortlessly keeps the noticeably higher-performing components under thermal control. The XMG NEO 15 (359.8 x 243 x 26 mm, 2.1 kg) and NEO 17 (395.7 x 260.8 x 27.45, 2.5 kg) both feature a redesigned and optimised heatpipe layout and a more powerful fan with a z-height increase to 11 mm, allowing for a quieter operation and more efficient heat dissipation. Considering its low weight, the 15.6-inch XMG NEO 15 excells as one of the lightest gaming laptops in its performance class while also offering a generous 93 Wh battery capacity.
On the display side, there is a choice between a 240 Hz IPS panel with Full HD resolution and the recently introduced high-resolution WQHD IPS panel running at 165 Hz, which boasts 95% coverage of the sRGB colour space.
Among the unique features characterising the NEO series is an optomechanical keyboard with ultra-precise silent switches, tactile feedback, an actuation force of 60 g (cN), a travel distance of two millimetres and an actuation point of one millimetre. The gaming keyboard also features anti-ghosting, N-key rollover and RGB per-key illumination.
In terms of details, there are a few more changes compared to the prior generation – including a significantly faster 2.5 Gbit LAN connection and a webcam that has been moved from the bottom to the top edge of the display, allowing for an optimal camera angle for video conferencing.

XMG PRO: Mobility focused, slim high-performance gaming laptop with RTX 3000 Max-Q
In the E21 model generation, the XMG PRO series takes a different approach and focuses on a particularly slim and light chassis with a height of just under 20 mm, despite its high performance. For this purpose, the XMG PRO 15 (357.5 x 238 x 19.8 mm, just under 2kg) and XMG PRO 17 (395.9 x 264.95 x 19.9 mm, 2.3 kg) are based on the new NVIDIA GeForce RTX 3080 and 3070 graphics cards featuring the efficiency-optimized Max-Q design. Graphics memory available in these models is 16 GB (RTX 3080) and 8 GB (RTX 3070) GDDR6, while both GPUs operate with a TGP of 90 watts, plus an additional 15 watts dynamic boost. In terms of the CPU, the XMG PRO series continues in the same vein as before and integrates Intel’s fast, hyperthreading-enabled eight-core Core i7-10870H processor. A direct comparison with the XMG PRO 17 from the previous generation M19 shows just how much more portable the aluminium chassis of the updated models are. At 399 x 275 x 29.9 mm, the predecessor was not only considerably bulkier, but also weighed in at a hefty 2.9 kg.

The PRO 15 offers a choice of three display options. In addition to a high resolution UHD panel with state-of-the-art OLED technology, a brightness of 400 nits and 100% coverage of the sRGB and DCI-P3 colour space, these also include two Full HD displays with IPS panels: one with 144 Hz and G-SYNC support for optimal synchronisation of the refresh rate and the other running at a particularly fast 300 Hz. In contrast, the PRO 17 features a UHD IPS panel with 100% coverage of the extended Adobe RGB colour space as well as a Full HD IPS display at 300 Hz. Considering its specific combination of high performance and excellent mobility, the PRO series perfectly serves the special requirements of creative professionals, especially when choosing an equipment variant with one of the high resolution displays.

Given the slim concept, the memory expansion and connectivity options are excellent. Up to two M.2 SSDs connected via PCI Express can be combined to form a RAID 0 or RAID 1 array, and there are also two SO-DIMM slots supporting up to 64 GB of DDR4-3200 RAM. The XMG PRO 15 and XMG PRO 17 are among the few GeForce RTX 3000 based laptops that have a Thunderbolt 3 port, including a DisplayPort stream. In addition, the compact all-rounders offer a G-SYNC compatible Mini DisplayPort 1.4 and HDMI 2.1, so that up to three external monitors can be operated. Three USB-A ports, Gigabit LAN and Wi-Fi 6, a microSD card reader connected via UHS-II and separate audio jacks for microphone and headphones complete a full range of connectivity solutions. The microphone input also carries an optical S/PDIF signal. Both the 15.6-inch and 17.3-inch models pack a 73Wh battery and integrate a keyboard with RGB per-key illumination. While the PRO 15 features a glass touchpad, the PRO 17 opts for a conventional model with a built-in fingerprint reader. Both comply with Microsoft’s Precision standard. 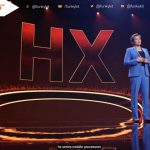 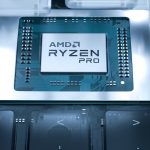