Ubisoft has made Far Cry 6 free to play across PC and consoles this weekend. Players will have access to the full game including Danny Trejo, Rambo and Stranger Things crossover missions. If you want to continue after the free weekend, you can purchase the game with 60% off as well as 50% off Season Pass and DLC.

“If you want to keep fighting after the free weekend ends, you can purchase the game and continue playing with all your progression intact. During, and for a short time after the free weekend, you can get discounts on the game, its Season Pass, and the DLCs that let you play as legendary Far Cry villains Vaas, Pagan Min, and Joseph Seed:

Dive into Yara’s rebellion today on Xbox Series X|S, Xbox One, PS5, PS4, Stadia, PC via Ubisoft Store and Epic Games Store, or with a Ubisoft+ subscription on PC, Stadia, and Amazon Luna.” 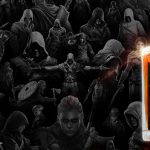 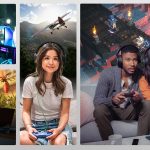 Stalker 2: Heart of Chornobyl will be Released in 2023

Classic KINGDOM HEARTS Adventures Out Now on Xbox One