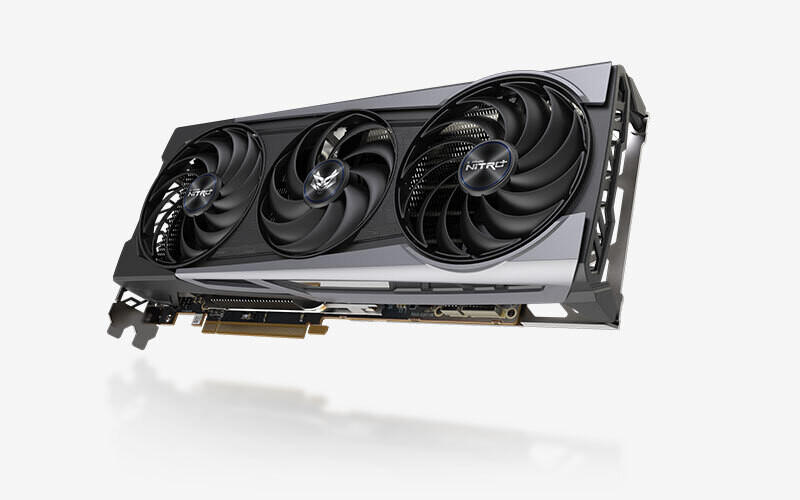 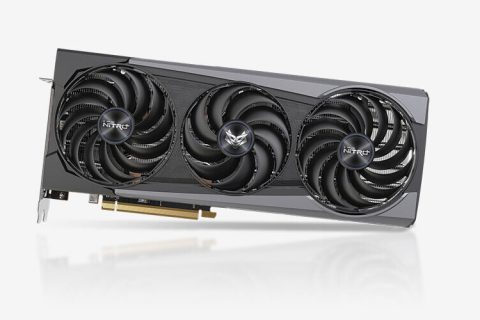 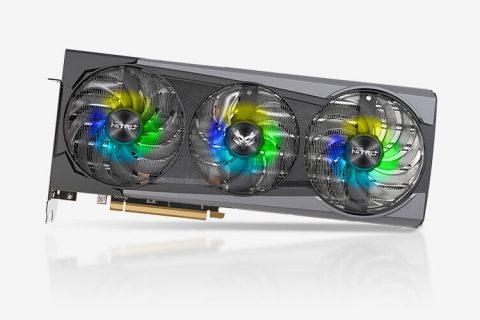 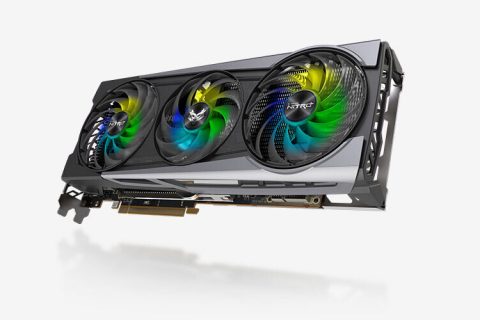 The SAPPHIRE NITRO+ AMD Radeon RX 6800 Series Graphics Cards are equipped with a new Hybrid Fan Blade design, which combines the key strengths of the traditional axial fan and blower fan. It incorporates the quietness of a traditional axial fan design with the strong air pressure of a blower fan design to generate an up to 5.5% better improvement in the downward air pressure through the fan while keeping the fan noise low compared to previous generations.

The NITRO+ Free Flow feature has been upgraded into a modern Wave Fin Design coupled with an innovative V Shape Fin Design for GPU Cooling. When the wind goes into the fin module, the new Wave Fin Design reduces the friction in order to reduce the wind cut noise resulting in a quieter gaming experience. The V Shape Fin Design on top of the GPU also accelerates and centralizes the airflow around the GPU to dissipate heat efficiently to produce lower thermal temperatures.

The newly designed Integrated Cooling Module is an advanced combined Memory & VRM Cooling Module that actively cools the memory, MOFSET and chokes. Two heat pipes have been added underneath the module to disperse the heat from the components at a superior efficiency. When compared to the previous K5 Memory Pad, the newly implemented K6.5 Memory Pad has a nearly 38% better thermal conductivity between the components and the cooler.

The SAPPHIRE NITRO+ AMD Radeon RX 6800 Series Graphics Cards are equipped with SAPPHIRE’s award winning Tri-X Cooling Solution. Two larger fans and one smaller fan spin in reverse directions to power the Tri-X Cooling Solution, which boosts wind flow beneath the fans. The tunneled fins on the fans work to increase the convection of airflow to ensure that Tri-X cooling maintains a low temperature and noise. With a 16 Phase Digital Power and a 15 Phase Digital Power Design for the NITRO+ AMD Radeon RX 6800 XT and RX 6800 respectively, the NITRO+ AMD Radeon RX 6800 Series Graphics Cards balances the distribution and thermal dissipation to enable the full power of AMD’s groundbreaking RDNA 2 gaming architecture.

The renowned Intelligent Fan Control feature enables light workloads to run under complete silence with passive cooling. Coupled with the Precision Fan Control feature, which reduces fan rotation cycle differential, the fan IC control on the graphics card ensures that the cooling and noise performance of the card creates a quiet and icy-cool gaming experience.

The new fan design features Dual Ball Bearing Fans, which provide an up to 85% longer lifespan than regular sleeve bearing fans and an upscale increase in silence. For simple and easy cleaning to ensure all dust stays out of the graphics card, gamers’ favourite feature, the SAPPHIRE Quick Connect Fan is a quick solution with just one screw holding the fans securely in place.

Each card is equipped with a Dual BIOS where you can choose between performance mode and silent mode to enhance your gaming experience. Using the TriXX Software BIOS Switch, gamers can easily switch from performance mode to silent mode and back using our TriXX software for a quick and easy switch between the dual BIOS modes.

The SAPPHIRE NITRO+ AMD Radeon RX 6800 Series Graphics Cards are beautified by an ARGB LED shroud design along with an ARGB backplate where you can control the different LED colors using the SAPPHIRE TriXX Software. Choose from various different modes including Fan Speed Mode, PCB Temperature Mode or the colorful rainbow mode, or turn off the LEDs to fully customize the graphics card to suit any build. 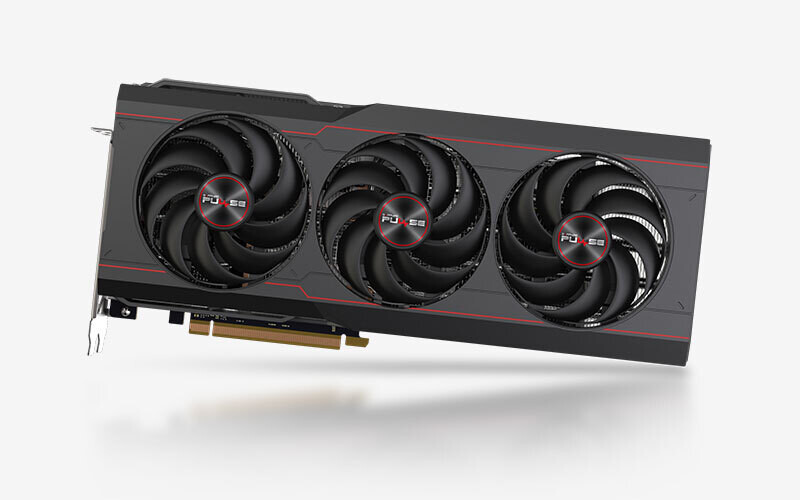 PULSE: The Heart. The Beat. The Game.

The SAPPHIRE PULSE AMD Radeon RX 6800 Series Graphics Cards will be available in these models:

Unleash the power of the NITRO+ and PULSE AMD Radeon RX 6800 Series Graphics Cards with our SAPPHIRE TriXX Software. TriXX Boost increases your FPS by slightly decreasing resolution through the TriXX software that is then adjusted through Radeon Image Sharpening for an incredible boost. Choose from a customizable resolution scale or from additional custom resolutions based on user input for a much more fine-grained control over the quality vs. performance tradeoff.

AMD FidelityFX5 – An open-source toolkit for game developers that provides a collection of lighting, shadow and reflection effects. AMD FidelityFX makes it easier for developers to add high-quality post-process effects that make games look beautiful while offering the optimal balance of visual fidelity and performance.

The SAPPHIRE NITRO+ and PULSE AMD Radeon RX 6800 Series Graphics Cards are shipping now, and will be available from selected SAPPHIRE e-tailers and retailers worldwide. 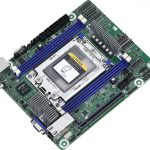 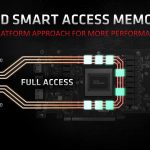