If you’re a Star Wars fan … then you should be excited by this news. Let’s see what game engine it’ll use.

Taken from Engadget … Amy Hennig’s Skydance New Media studio is working on not one but two new games with Disney. Following last year’s Marvel announcement, Hennig and company revealed today they’re working on a AAA Star Wars game with Lucasfilm Games. And just like the studio’s Marvel collaboration, fans can expect a “narrative-driven, action-adventure” experience. Lucasfilm Games said the title would tell a new original story set within the Star Wars galaxy but offered few other details on the project, including a release date or target platforms.

Never tell me the odds.https://t.co/np8zSBMkdd

“I’ve often described how seeing Star Wars in 1977 essentially rewired my 12-year-old brain, shaping my creative life and future indelibly,” said Hennig, whose previous credits include the Uncharted series from Naughty Dog. “I’m elated to be working with Lucasfilm Games again to tell interactive stories in this galaxy that I love.”

For Hennig, Tuesday’s announcement marks a return to the Star Wars franchise. Before founding Skydance New Media, she worked at EA’s Visceral Games studio on a Star Wars game that was ultimately canceled by the publisher. Her game is one of a handful of new Star Wars titles currently in development. Respawn Entertainment is working on three new games, including a sequel to Star Wars Jedi: Fallen Order. Fans can also look forward to Star Wars: Eclipse from Detroit: Become Human developer Quantic Dream. 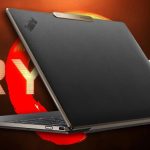 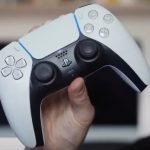