On the PlayStation 5 and Xbox Series X/S.

Taken from Engadget …  Plague Tale: Innocence was a sleeper hit. Players swarmed to tackle its life-or-death puzzles and attempted to survive Black Plague-carrying rats and other enemies. It struggled a bit on last-generation consoles, but A Plague Tale: Innocence should soon run much better on PlayStation 5 and Xbox Series X/S.

Asobo Studio (also the developer behind Microsoft Flight Simulator) and publisher Focus Home Interactive will release an enhanced version for PS5 and Series X/S on July 6th. It will run at up to 60 frames per second and have 3D audio support and other visual enhancements. PS5 and Series X owners will be able to experience this nightmarish version of France in 4K as well.

The game will also be available on Nintendo Switch on the same day. As with Control, Hitman 3 and Guardians of the Galaxy, it’ll be a cloud streaming version. You’ll need to have a fast, sturdy internet connection to play A Plague Tale: Innocence on Switch. 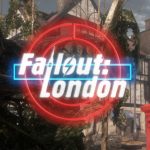 Fallout: London – Fans are Making a Mod of Post-apocalyptic London 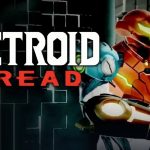