It’s to attact potential gamers with a little incentive to purchase their GPUs as prices go down from the recent Crypto bust.

Taken from Videocardz … The idea of game bundles is well known to GPU enthusiast and gamers. Usually we see them late once the current generation matures or right when a competitor launches new products. For the last 1.5 years, both AMD and NVIDIA had no incentive to launch any major free game offers (although some did happen), simply because all cards were sold no matter the price.

However, the situation on the GPU market has rapidly changed. Not only have the prices went down to near MSRP (suggested retail price) level, but also the crypto market is crashing as we speak. Both things collide at the worst possible moment for AMD, which is the launch of new Radeon Rx 6x50XT graphics cards.

To counter this, AMD rushes to preannounce its “Raise The Game” free game bundle. The promotion is already live, but AMD surprisingly did not announce what games are included. As far as we can tell, this has never happened before. 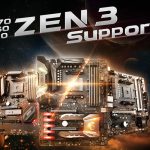