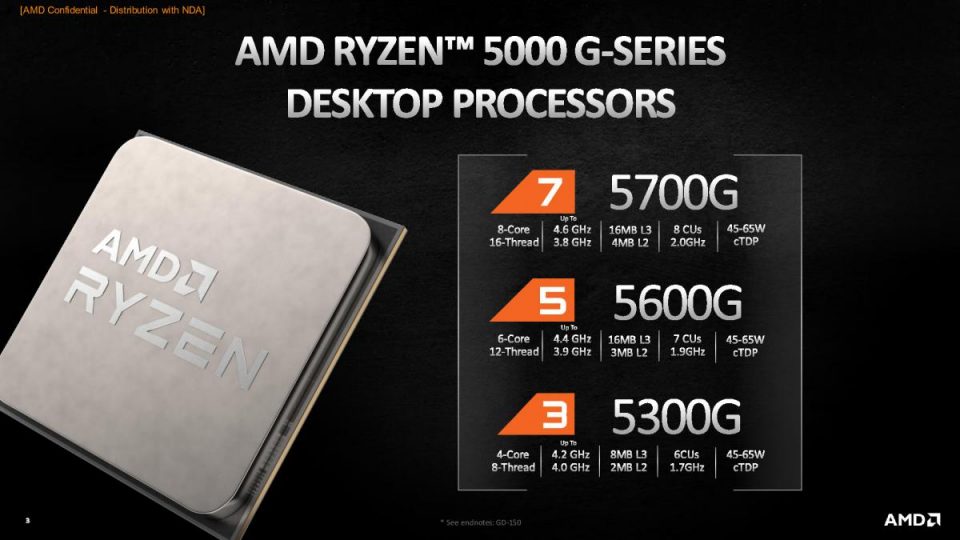 Taken from Tom’s Hardware … AMD’s Ryzen 5000G (Cezanne) chips won’t hit the retail market until August 5, but many foreign retailers have already started listing the two Zen 3-powered APUs, and some even have them up for backorder.

The Ryzen 7 5700G and Ryzen 5 5600G are far from being the best CPUs on the planet. However, the Zen 3 APUs are more than capable of providing a decent entry-level gaming experience, especially when paired with the best RAM. AMD tailored the Ryzen 7 5700G and Ryzen 5 5600G towards gamers with very tight budgets, and the corresponding GE counterparts for HTPC and SFF aficionados. 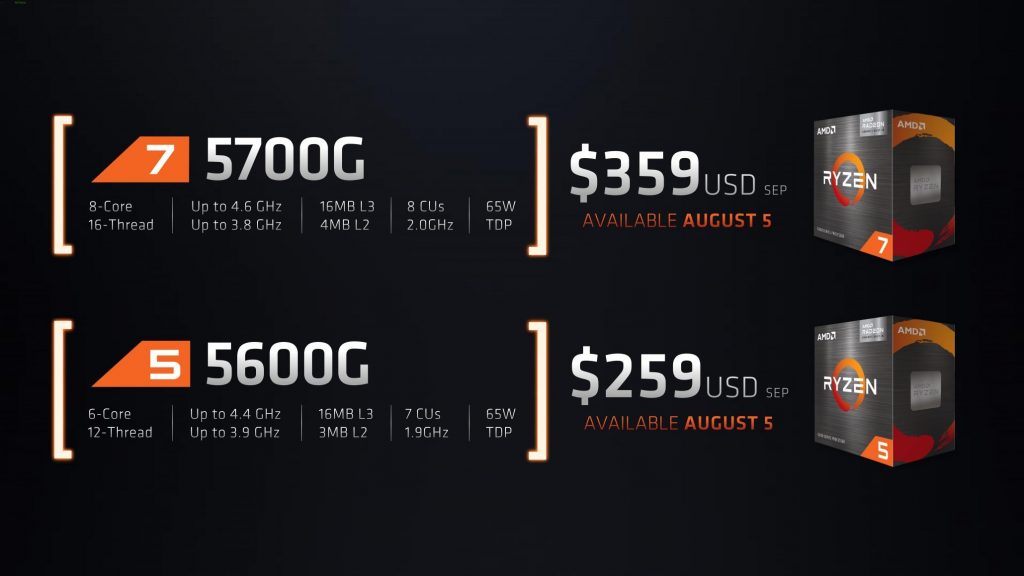 The official MSRPs for the Ryzen 7 5700G and Ryzen 5 5600G are $359 and $259, respectively. Although the global semiconductor shortage is still present, AMD’s processor stock has improved. Many of the chipmaker’s Ryzen 5000 (Vermeer) chips are available at close to their MSRP. That means there’s a possibility that the Ryzen 7 5700G and Ryzen 5 5600G could debut at their respective MSRPs despite the prices we’re seeing around the globe.

So far, the highest price we’ve seen for the Ryzen 7 5700G is at $422 over in Canada, 18% higher than the MSRP. Surprisingly, pricing is better over in Europe where the markup is less than 10% before value-added tax (VAT). The Ryzen 5 5600G could cost up to 17% more than MSRP in Canada, while the same chip could debut with a 10% higher price tag in Europe. 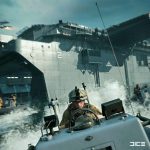 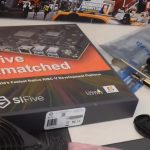