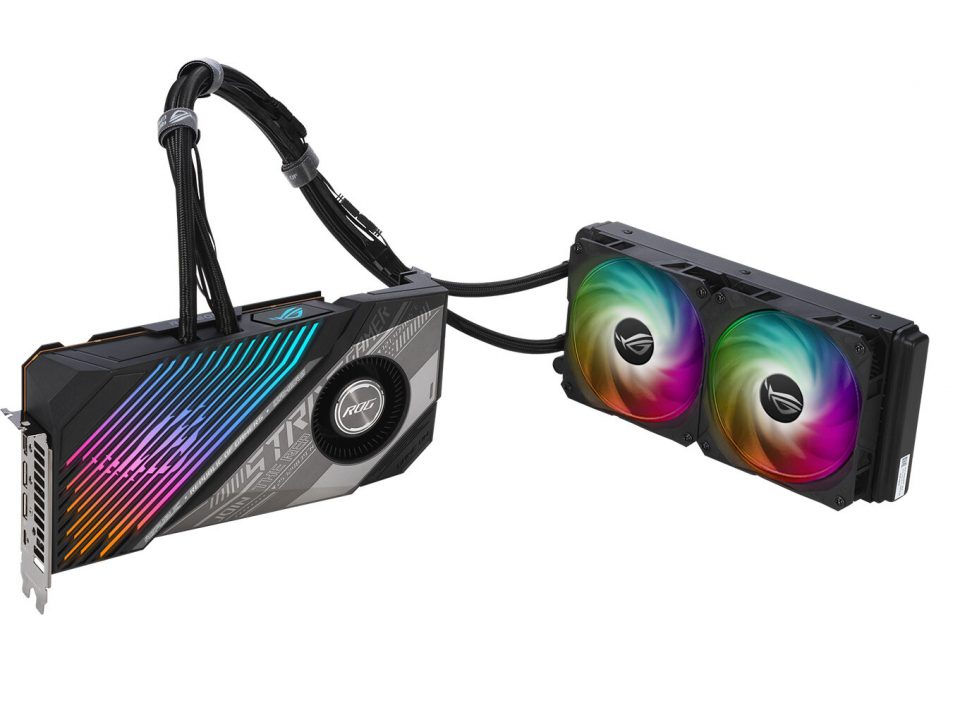 Based on XTXH Silicon, with a 2525MHz Boost.

Sapphire already released their XTXH version of the RX 6900 XT graphics card with an all-in-one cooler … so it’s no surprise Asus has one too. But it will cost you a cool MSRP of $2,000 (estimate).

Taken from TPU … ASUS today updated its flagship AMD Radeon RX 6000 series graphics card lineup with the new ROG Strix LC Radeon RX 6900 XT TOP T16G. This card is visually identical to the ROG Strix LC RX 6900 XT O16G the company launched last December, but with a handful updates. The biggest of these is the new “Navi 21 XTXH” silicon, the highest bin of AMD’s top RDNA2 chip, which enables at least 10% higher clock-speeds than the standard RX 6900 XT. ASUS has tuned this up further, with a max boost frequency of a stunning 2525 MHz, compared to 2365 MHz on the original (O16G). The game clocks have been increased to 2375 MHz, compared to 2135 MHz on the O16G. Notice how the game clocks of the new T16G are higher than the max boost clocks of the original O16G? That’s the magic of the new XTXH silicon. 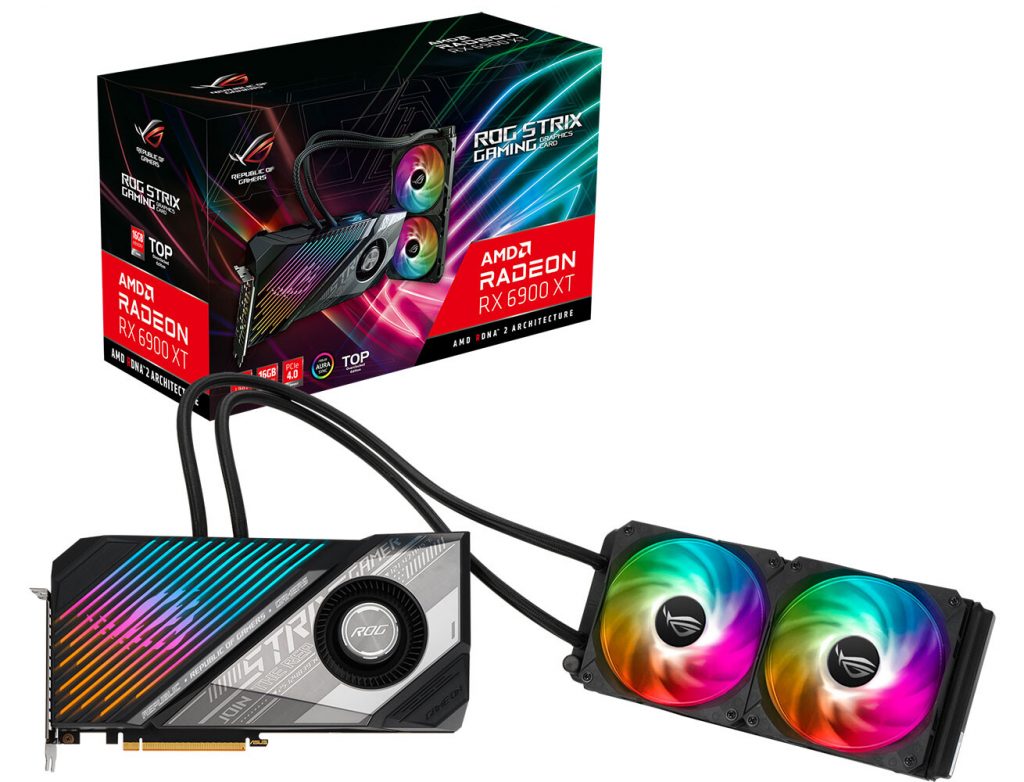 These apart, the company hasn’t made any changes to the visual design. A liquid+air hybrid cooling solution dominates the product. The AIO liquid closed-loop cooling solution pulls heat from the GPU and surrounding memory chips, while a base-plate and a chunky back-plate pull heat from the other components, which is ventilated by a lateral blower. The AIO is cooled by a 240 mm x 120 mm radiator. The card continues to pull power from a combination of three 8-pin PCIe power connectors. The company didn’t reveal pricing, but it’s very likely to be close to 2 grand. 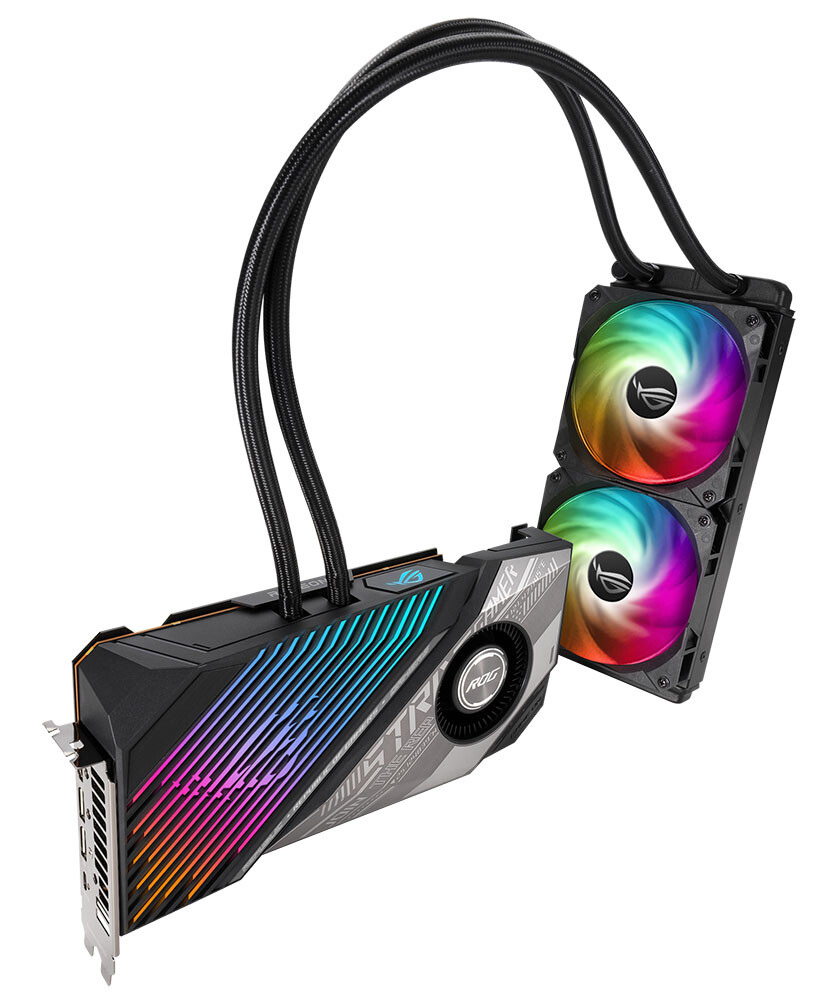 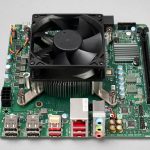 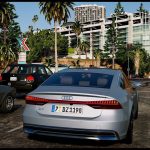