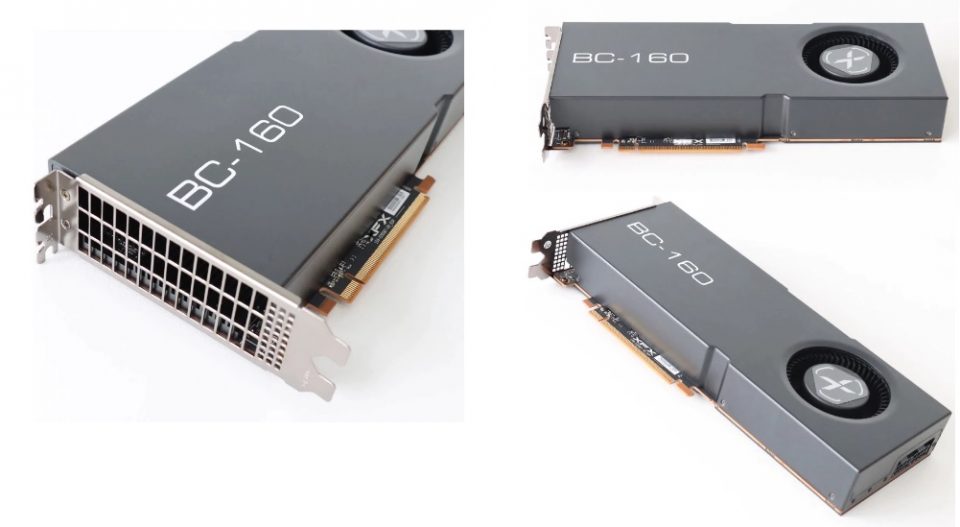 Not sure why it’s currently available in China … since they banned cryptocurrencies (hand on face). Send them over to the US/Europe. I wouldn’t mind have a few of these 😛

Taken from Videocardz … The BC-160 mining card from XFX is now available in China.

Back in October, we reported that XFX is preparing its custom card for cryptocurrency mining. This card was supposedly using Navi 12 GPU, which to this date was more commonly known as ‘special’ GPU for Apple Mac or Radeon Pro V560. This GPU was never released for gamers though. More than 2 years since it was first introduced, AMD is now supplying Navi 12 chips for mining equipment.

The BC-160 (referring to Blockchain Compute) is a blower-type headless card for mining. Most of these cards will end up mining Ehtereum, which is still the most profitable coin to mine on GPUs which are software-locked (such as GeForce RTX 30 LHR series).

The Navi 12 GPU is manufactured using TSMC N7 process technology and features 2304 Stream Processors (36 Compute Units). It uses two stacks of 4GB HBM2 memory each attached to a 1024-bit bus. The memory is clocked at 1.6 Gbps which means 512 GB/s of bandwidth. 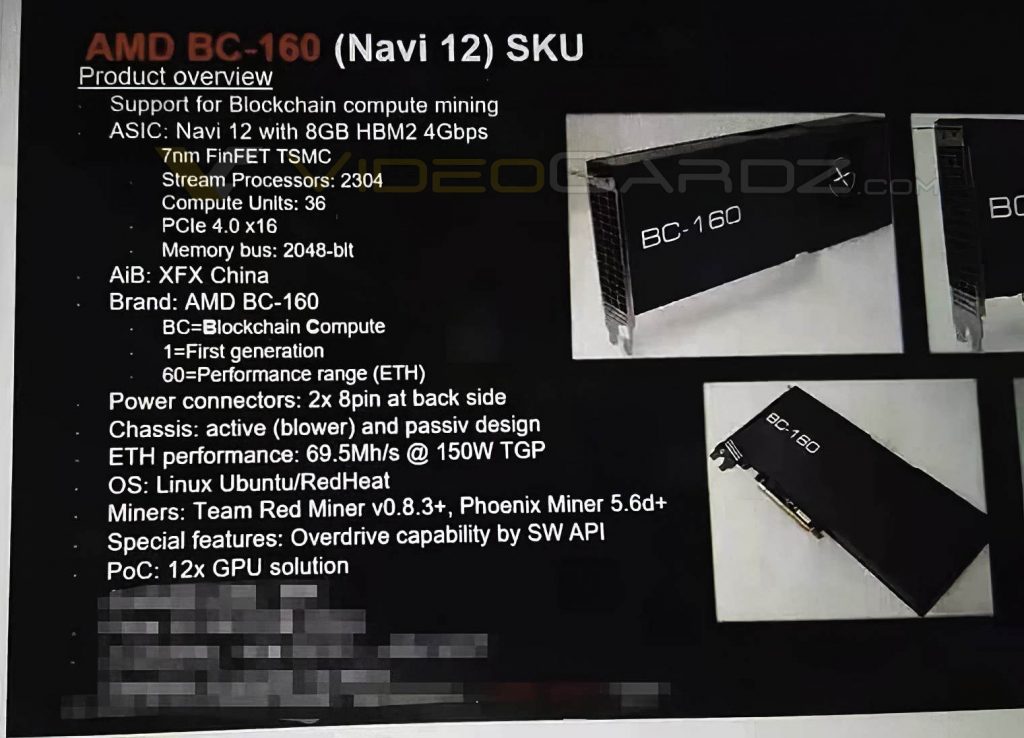 The BC-160 offers a hash rate of 70 MH/s which is mainly achieved thanks to High Bandwidth Memory. The Ethereum DAG file size requires more than 4GB of capacity already, which means XFX could not use a single 4GB stack anymore. Such a hash rate is higher than Radeon RX 6800 (XT) which is around 64 MH/s.

The card is now listed on Aliexpress with an eye-popping price of over 2000 USD. 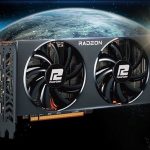