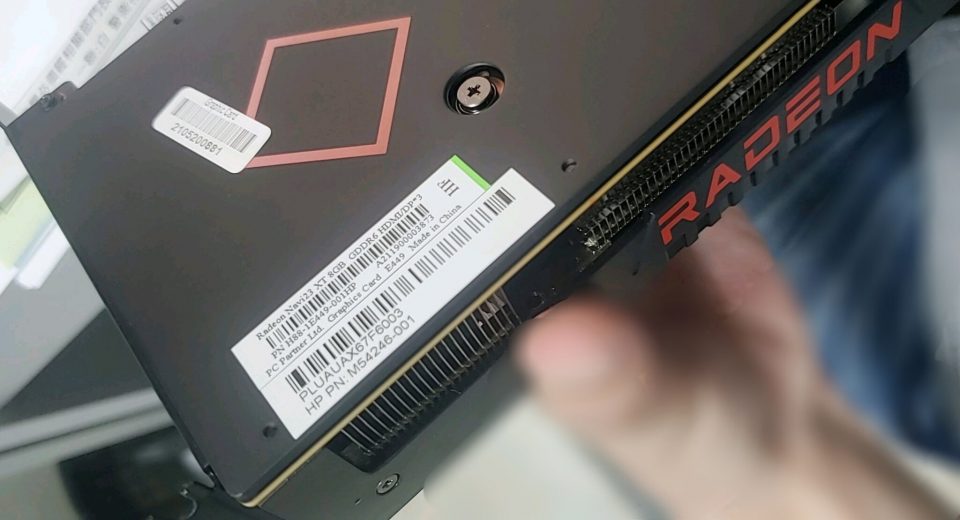 We could be seeing another mainstream gaming card in the works … with a possible release date around June/July to coincide with Computex 2021.

Taken from TPU … A highly plausible looking AMD Radeon RX 6600 series graphics card is doing rounds on the web. The card is purportedly an AMD reference-design OEM-trim “Navi 23” board. We know from recent rumors that the 7 nm “Navi 23” silicon powers the upcoming Radeon RX 6600 XT and RX 6600. The picture only shows a portion of the card, the back-plate as viewed toward the rear I/O, but the bar-code sticker is unmistakable. The sticker reveals the OEM to be PC Partner, which is known to make all OEM and retail reference-design AMD Radeon graphics cards, which are marked “MBA” (made by AMD). You’ll find a similar-looking bar-code sticker on all AMD reference-design cards, regardless of the AIB partner marketing it.

The bar-code sticker references “Navi 23 XT,” which is very likely the Radeon RX 6600 XT. The card has 8 GB of GDDR6 memory, and its display outputs include one HDMI, and three DisplayPorts. Elsewhere in the picture, we get valuable insights into the design of the cooler, revealing that the card features an aluminium fin-stack heatsink with one or more axial fans (top-flow), rather than a channel-type lateral blower-type cooling solution. The “Navi 23” silicon is rumored to feature up to 32 RDNA2 compute units that amount to 2.048 stream processors, a PCI-Express 4.0 x8 host interface, much like the RX 5500 XT, and a 128-bit wide GDDR6 memory interface. 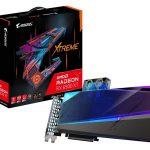 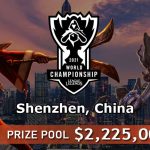 League of Legends 2021 Championship Will Happen!