And it looks absolutely amazing! Especially when it’s on a PS3 …

Taken from TPU … AMD’s Fidelity Super Resolution (FSR) tech is being implemented in RPSCS3, one of the foremost emulators for Sony’s Playstation 3. The emulator allows PC users to play otherwise PS3-exclusive games via software emulation. The nature of this emulation, however, leads to a couple important aspects. One pertains to performance: emulating non-existent hardware is one of the most resource-hungry workloads one can think of, and is highly dependent on the emulator’s coding quality. Another is that since this is a software solution, it does allow to changes in maximum render resolution, for example, or the addition of visual effects or other modifications to the rendering pipeline. One limitation of this approach is that game support has to be added almost manually, checking and correcting the emulators’ behaviors according to the software being played.

AMD’s FSR tech been received with a rather enthusiastic response. This is in part due to its open source nature, but also because of its apparent ease of implementation and its higher compatibility with graphics cards new, old, and from the competition – unlike NVIDIA’s DLSS, which requires specific hardware (Tensor cores) to be present in the GPU chip, locking it to only the latest NVIDIA products. This nature of FSR has led to its integrationn on the RPCS3 emulator, promising a relatively easy to implement performance and image quality increase compared to the original rendering pipeline, including 4K upscaling. Check after the break for a video of the tech in action (spoiler: the quality difference isn’t nearly as close as what the thumbnail implies). 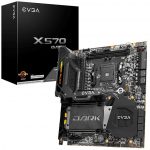