OMG! We have yet to cover Zen 4 and already AMD are planning to release Zen 5!

Taken from Videocardz ... A new leak allegedly confirms the codename of the Ryzen 8000 series. A successor to Raphael is Granite Ridge, a leak from itacg (Weibo) appears to suggest. This is a new codename that denotes Zen5 architecture product, following Strix Point which is an APU series (Ryzen 8000H/G/U). The Granite Ridge would be Ryzen 8000 for desktop CPUs mainly.

The leak also confirms that the Strix Point APU series is based on the TSMC N3 fabrication node and that they would feature Zen5 and Zen4D architecture. The details were hidden, thus we do not know the specifications of either of the products, but those will likely be revealed over time (as it usually happens).

This rumor has actually been confirmed by a different leaker (Broly_X1) yesterday, which suggest that their information might be based on the same roadmap or that AMD released a new roadmap to multiple sources at the same time: 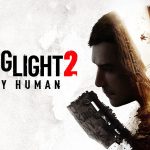 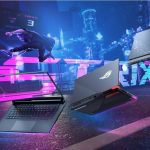