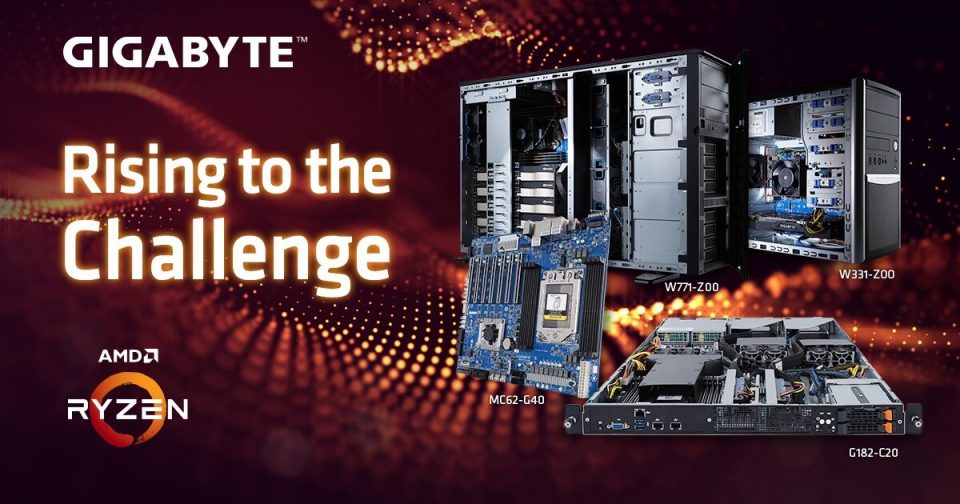 Today’s engineers and power users are focused on high demanding workloads and require a powerful workstation to enable them to work effectively and efficiently. The W771-Z00 coupled with a top-tier processor from the AMD Ryzen Threadripper PRO family, such as the 3995WX with 64 cores 128 threads, make this the most powerful workstation to date. The motherboard for this workstation is the MC62-G40. Based around the AMD WRX80 chipset, the W771-Z00 shares high-end features that are typically only found in servers.

Besides the aforementioned CPU, the chipset supports 8 DIMMs of 3200 MHz DDR4 in a balanced 8-channel memory configuration. This system is capable of up to 128 GB memory modules for a max of 2 TB of system memory. For GPU-accelerated processing, the W771 supports up to 4 dual-slot GPUs using PCIe 4.0 x16 lanes from the 7 expansion slots available. As data storage is important in workstations, there is support for up to 8x 2.5″/3.5″ hot-swap SSD/HDDs from two cages, with the default configuration includes one cage of 4x SSD/HDD bays, as well there are 2x M.2 slots. For networking, there are 2x 10G LAN and 2x 1G LAN ports and a M.2 2230 slot for WiFi.

Also included, for BMC management, is the new ASPEED AST2600, which reduces boot times and increases functionality and management. The W771-Z00 manages heavy workloads with dual redundant 2000 W (CRPS) power supplies. To support diverse accelerators that use either active or passive cooling there are optional exterior rear fans and a fan duct to better channel the air to and through the accelerators. Additionally, there is an optional PSU upgrade to 2400 W (CRPS) and side rail kits for rack mounting. The below chart compares some key features of the professional WRX80 chipset to the consumer TRX40 and B550.

On the consumer side of workstations is one designed for knowledge workers, power users, and designers and it is the W331-Z00. By using the AMD B550 chipset, the W331-Z00 has support for AMD Ryzen 3000 and 5000 Series Processors. This AM4 platform supports CPUs up to the AMD Ryzen 9 5950X with 16 cores and a TDP of 105 W. As such, it supports 4 DIMMs of up to 3200 MHz DDR4 for up to 128 GB of system memory. When it comes to PCIe lanes, there are four expansion slots, of which one slot is PCIe 4.0 x16 to support one of the latest GPUs and another slot for WiFi using a M.2 2230. For storage, there are 2 slots available for 3.5″ HDD or 2.5″ SSD. On the motherboard are 2x M.2 2280 for NVMe SSDs (PCIe Gen 4 and PCIe/SATA Gen 3). Besides your typical rear I/O connectors, there are 2x 1 GbE LAN ports with one of the ports able to support DASH. DASH is a web services-based standard for secure out-of-band and remote management. And powering this system is a 500 W PSU.

Enterprise class workstations have a choice in motherboards with the new MC62-G40. It can be a standalone motherboard, and found in the W771-Z00.

Uses for the Threadripper processor are not limited to classic workstation builds, and they have a home in a small footprint 1U GPU centric server. The G182-C20 supports all 3rd Gen AMD Ryzen Threadripper processors and is based on the TRX40 chipset. This platform supports quad channel memory with eight DIMM slots dedicated for up to 256 GB of system memory. Despite only being a 1U chassis, it can support 2x FHFL GPUs (PCIe Gen4 x16). There are some other key features: 2x 2.5″ U.2 drive bays, 2x 10GbE Base-T (with support for NCSI), and redundant 1600 W power supplies. Thanks to the onboard BMC controller, ASPEED AST2500, management can easily be controlled and monitored remotely. As well, ports and drives are easily accessed from the front.

GIGABYTE workstations are made to address the diversity of applications from AI to rendering to cloud services. Following GIGABYTE’s in-house building block design, workstations are highly modular to avoid limited uses and to give more freedom to the user. For example, the W771 and W331 use AMD Ryzen processors; however, new SKUs can be created with EPYC processors or any other choices as the design allows seamless integration. The W771 is configured to support high-end accelerators while providing a variety of optional accessories. At the same time, custom configurations are still backed by the GIGABYTE warranty. If a custom configuration is desired GIGABYTE offers services to accommodate. 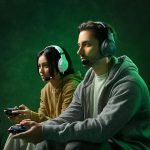 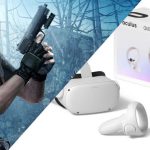