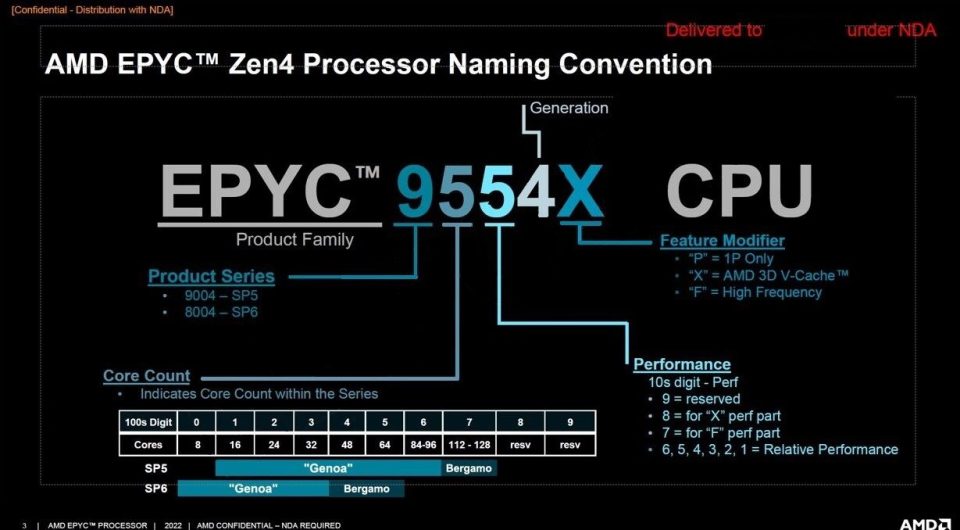 Powered by the “Zen 4” microarchitecture and includes support for PCI-Express Gen 5, CXL, and DDR5.

Taken from VideoCardz … AMD is yet to officially launch its Genoa data-center CPU series. The company also announced it is working on seperate series with 3D V-Cache and also density optimized Zen4c series. Both of those products have been included into the new, quite long, one should add, lineup of server CPUs.

The naming convention for 9004 and 8004 series of Zen4 CPUs will be divided into two sockets: SP5 for 9004 series and SP6 for 8004. The new series will go range from 8 to 128 cores, but 112 and 128 configurations will be reserved to Zen4 based Bergamo CPUs. In fact, only the core count will tell customers if they are buying Bergamo or Genoa because the latter simply does not go above 96 cores.

YuuKi came up with specs charts listing all known Zen4 data center CPUs from AMD. Configurable TDP will vary from 200 to 400W depending on the model, however the high-core count and high-frequency variants are all above 290W. 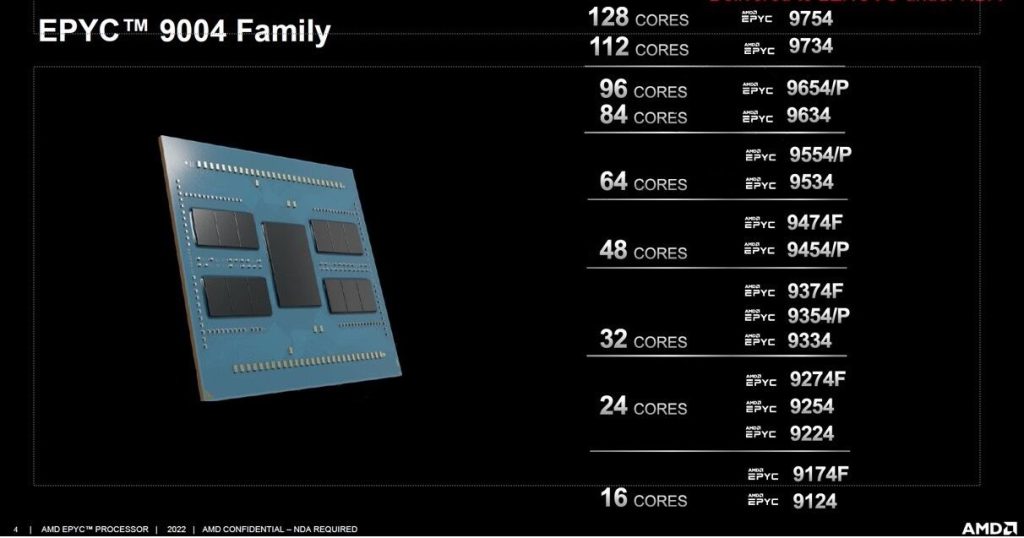 AMD is preparing four Genoa-X CPU, offering up to 96 cores, with the flagship part called 9684X featuring 96 cores and massive 1.1 GB of L3 Cache. This part has a TDP of 400W, which is the highest TDP from all 4th Gen EPYC CPUs. 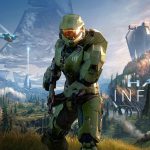 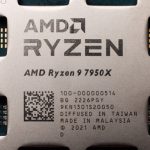